Los Angeles, California, USA (June 6, 2019) BTN — A man charged with killing a Pomona SWAT officer testified Wednesday that he fired a “warning shot” because he feared members of a motorcycle club to which he belonged were trying to break into his family’s home in San Gabriel and he did not know that police were at the front door.

Testifying in his own defense, David Martinez said, “I would never fire at police or law enforcement ever. I have family that’s (in) law enforcement.” 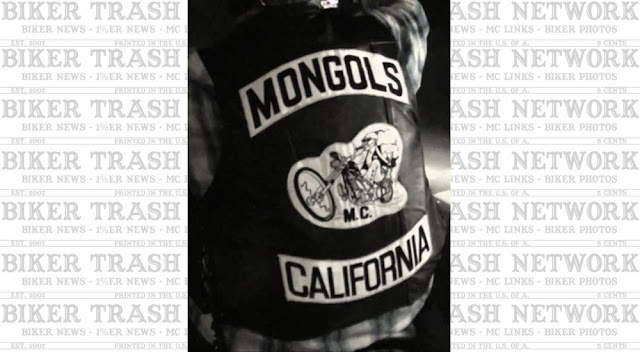 The 41-year-old termite inspector — who is charged with the killing of Pomona police Officer Shaun Diamond — told the downtown Los Angeles jury that he reached for a shotgun by his bed because he heard loud banging sounds and thought someone was trying to break into the house he shared with his parents, common-law wife, two young children and his adult sister, who has Down syndrome, during the early morning hours of Oct. 28, 2014.

The defendant said he fired after seeing what he perceived to be the barrel of a gun pointed toward his father.

“I fired a warning shot … what I perceived to be a warning shot,” he said, telling jurors that he didn’t see anyone on the front porch.

Diamond was helping to open a metal screen over the front door of the home as part of a multi-agency operation serving a warrant targeting the Mongols motorcycle club when an interior door was opened and a single shotgun blast rang out, striking him in the neck. The 45-year-old officer — who had 16 years of law enforcement experience with the Los Angeles, Montebello and Pomona police departments — died the next day. 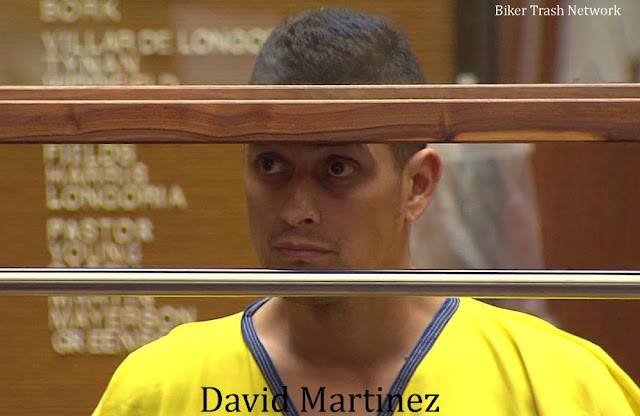 Martinez said he did not see anyone outside the home who appeared to be injured after firing the gunshot — although his father had been injured in the gunfire — and that he did not learn until later that an officer had been struck. He said it’s hard for him to accept that he may have shot his own father and thought then that his dad had been wounded by police.

“I kept saying I was sorry. I didn’t know it was the police,” Martinez said. “I thought it was the Mongols.”

The defendant said he had reached for the shotgun by his bed after hearing “a lot of banging,” and headed from the bedroom to the living room, where his parents had been sleeping.

He testified that he unsuccessfully tried to urge his father to wait to open the wooden front door because he wanted to answer the door himself.

“I remember telling my dad twice, `Wait, wait,’ but I don’t think he heard me,” Martinez said. “He was opening the door … I aimed the shotgun towards the door because I thought someone was trying to break in.”

Under cross-examination by Deputy District Attorney Michael Blake, the defendant said, “I took aim and I pulled the trigger.”

“You shot to kill that day?” the prosecutor asked.

“I shot to protect my family,” Martinez responded.

“You shot to kill the target that day?” the prosecutor said.

“There was no target, sir,” the defendant said, maintaining that he was trying to defend his family when he fired the shot, and never saw any police officers until they were coming into the house after the shot was fired.

Martinez said he had pondered dropping out of the Mongols after having a change of heart about his involvement in the motorcycle club, but had heard stories about other members who tried to quit and was concerned for the safety of himself and his family.

He said he grew more concerned about his safety following two freeway shootings that targeted Mongols members, and “got a sense of not feeling safe in my home.” A night earlier, he had argued with a fellow Mongols member, he said.

In his opening statement last month, Blake told jurors that Martinez was warned loudly and repeatedly that police were at the door before the shot rang out.

“(Their) uniforms are covered with patches and insignia that identify them as police,” and “they made announcements repeatedly” calling out “Pomona Police Department … open the door,” the prosecutor said.

“Throughout this awful incident … the Pomona SWAT team remained calm and professional,” still proceeding to search the house and detain family members, he said. “They did not return fire. They did not shoot up the house … they did not use force on a single person.”

The prosecutor contended that Martinez’s claim that he thought that Mongols were at his door was “false,” telling the jury that those comments were “calculated.”

Defense attorney Brady Sullivan referred to the events surrounding the shooting as a “perfect storm,” telling the jury, “Sometimes in life, a series of unexpected, unanticipated events combine, they come together and result in a tragedy.”

“When David Martinez came out of his bedroom and heard unknown people breaking into his house … he acted to defend his family,” the public defender said. “He had no idea it was the police and, in fact, expected that it was going to be his rivals.”

Martinez made a “regrettable decision to join the Mongols,” Sullivan said, calling his client a motorcycle enthusiast who “liked the brotherhood.”

Martinez could face life in prison without the possibility of parole if convicted as charged. Prosecutors opted earlier not to seek the death penalty against him.