As first reported here in February, there was a Memorandum of Contract (the form preceding a contract of sale) dated this past Dec. 21 between Church of the Angels, Inc. (aka — The Church of Angels) and 77 East 3rd LLC.

The document was signed by Bartley J. Dowling, president of the NYC Hells Angels chapter, and the purchaser, Nathan Blatter of Whitestone Realty Group. 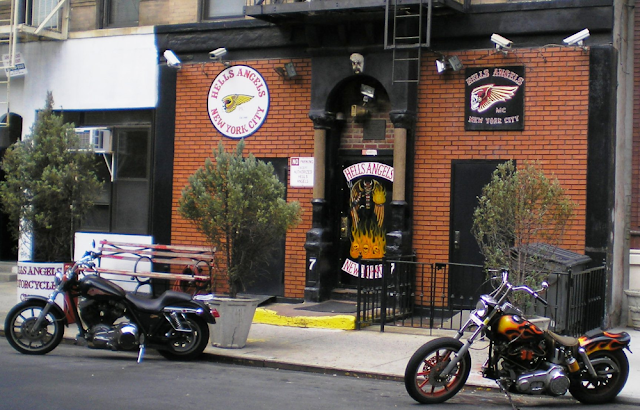 According to the Post in late March, the units in the building were expected to hit the market as rentals. To date, there aren't any permits on file with the Department of Buildings for any renovations at the address. 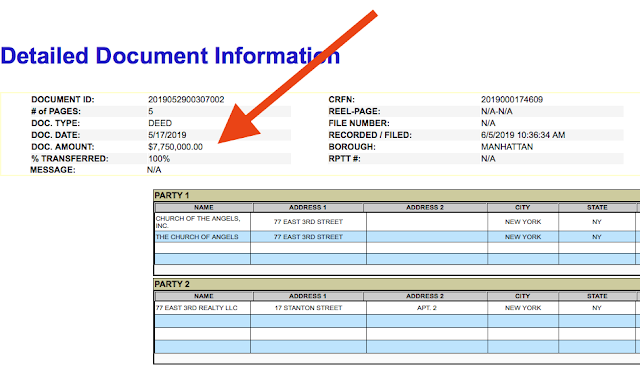 The Hells Angels had a presence in 77 E. Third St. since 1969. They eventually bought the building, which included their clubhouse and member residences (Realtor.com lists 14 units), from Birdie Ruderman in the Bronx for a reported $1,900. 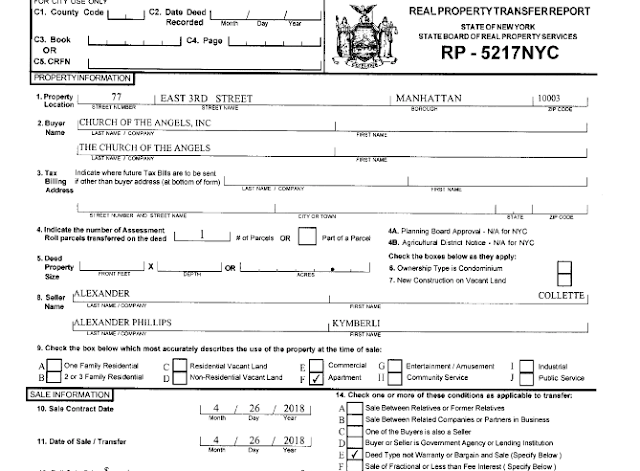 In 1983, chapter president Sandy Alexander took over ownership of the building. The deed from that time states that Alexander, his wife Collette and their family could live on the premises rent free. In addition, in the event that the building was sold, she would stand to receive half of the proceeds.

This agreement was later the basis for a legal tussle in 2013 between the clubhouse and Alexander's family. (Sandy Alexander, who spent six years in prison for selling cocaine, died in 2007.) That deed was eventually reversed in April 2018, per public documents.

No word on where the Angels may have moved. A member named Tony said in March that: "We're being harassed by the yuppies down here who are sitting on our bikes and pissing on the sidewalk. We want to go somewhere we can live comfortably."

The last of the members moved out of No. 77 at the end of March.
Email ThisBlogThis!Share to TwitterShare to FacebookShare to Pinterest
Labels: 1%er News, Biker News, Clubhouse, Hells Angels MC, Motorcycle Club
Newer Post Older Post Home