"A large number of members of No Surrender are or have been structurally involved in numerous serious crimes", the court said in its verdict, NOS reports. The ruling also mentions intimidation, public violence, extortion, unauthorized possession of weapons, drug trafficking, and arms trafficking. 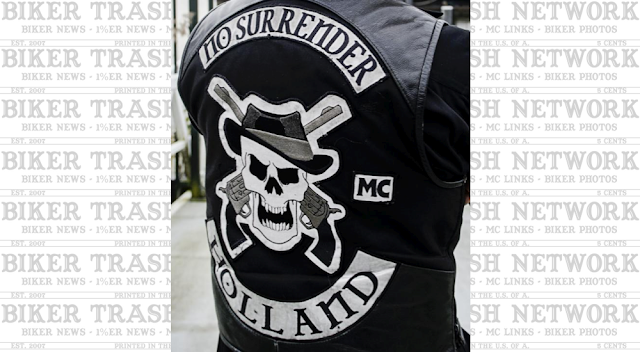 The judge considered it proven that the club management has an "important steering role in committing and facilitating criminal offenses". The ban applies to all No Surrender chapters and brotherhoods, because they are not independent due to the strongly hierarchical structure of the motorcycle club.

No Surrender has allegedly been  linked to various crimes in the Netherlands, including death threats made against the mayor of Haarlem. The club's founder Klaas Otto was sentenced to six years in prison last year for extortion, assaulting and threatening two car dealers, and laundering 1.3 million euros.


The Hells Angels Motorcycle Club was banned last week. The Public Prosecutor argued that there is a culture of violence within the club that endangers society and the rule of law. The court agreed. Satudarah MC was banned last year. The court ruled that Satudarah was guilty of activities that violate public order "in a way that disrupts or may disrupt society".

The Bandidos MC was banned in 2017, with the judge ruling that the club poses a risk to public order.