Santa Ana, California, USA (June 29, 2019) BTN — A federal judge on Friday, June 28, made clear that his decision to place the Mongols motorcycle club on probation means the headquarters for the organizations mother chapter is fair game for random search by probation officers, not individual bikers themselves.

U.S. District Judge David O. Carter in May ordered the Mongols organization to pay a $500,000 fine, and to serve five years on supervised probation, after a Santa Ana jury found that the Southern California-based club itself — rather than specific members — was guilty of racketeering. 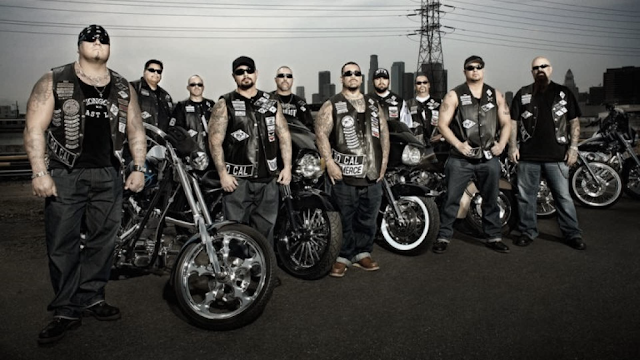 The first-of-its-kind legal battle was part of a decade-plus effort by federal law enforcement to seize control of the Mongols patches, which depict an illustration of a smiling, ponytailed, Ghengis Khan-type motorcycle rider. The Santa Ana jury agreed that the government should be able to take control of the patches and trademark, but Judge Carter overrode that portion of the verdict, ruling it would be unconstitutional.

Since Carter’s decision, law enforcement agencies from across the country have reached out to federal probation officials to ask what the terms of the Mongols organizations probation means for their efforts to police individual riders, prosecutors told the judge.

“I have no problem searching the mother chapter, that is where you found the guns,” Carter told prosecutors. “But this isn’t a wholesale warrant without probable cause to search anyone on the street.”

But before the government can search the Mongols’ headquarters, they are going to have to come back to the court and tell the judge where it actually is. Court filings have referred to a location in West Covina, but prosecutors on Friday noted that is a reference to the former home of Ruben “Doc” Cavazos, a former president of the Mongols who was kicked out of the club.

Prosecutors didn’t immediately provide the judge with a new address for the club’s current headquarters, just telling him it is not in West Covina. The Mongols was originally formed in Montebello in the 1970s.

The legal battle over the Mongols patch is almost certain to make its way before the Ninth Circuit Court of Appeals, and likely the U.S. Supreme Court. Carter is allowing the club to pay their $500,000 fine in monthly installments, so that they can still afford to fund the expected appeals.

In the most recent trial, the Mongols as an organization were found to have taken part in drug trafficking, vicious assaults and even murder. Much of the violence was tied to a long-running rivalry between the Mongols and the Hells Angels motorcycle club, and led to attacks, some fatal, in bars and restaurants in Pasadena, Hollywood, Merced, La Mirada, Wilmington and Riverside.

Attorneys representing the current leadership of the Mongols have blamed the violence on Cavazos and his crew, who they note are no longer involved in the organization.