When investigators arrived, they found club members "bloody and beaten." The Apache club members said they were robbed by members of two other clubs: the Pagans and the Demons. 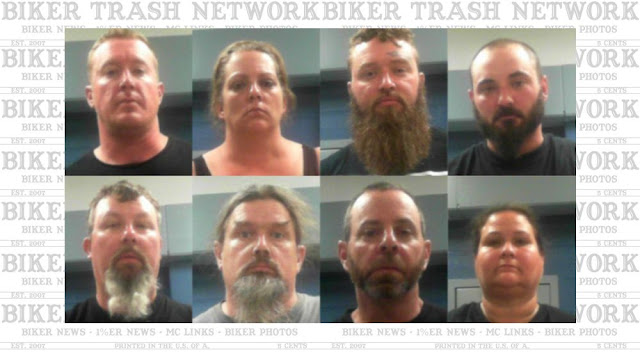 According to the criminal complaints, witnesses told deputies that rival club members "entered the Apache Club uninvited and after some communication between club presidents, a physical altercation ensued."

The complaint continues, "The victims were physically beat up, held down, and held at gunpoint in order to be removed of their 'cuts' or motorcycle club patches or insignia."

The suspects allegedly stole guns, knives, and clothing from the victims. Investigators say they were taken by force or threat.


Deputies investigated and ended up arrested eight people on felony charges. According to the criminal complaints, these eight suspects are accused of taking part in the robbery or being present for it.