DA: End of the road for local motorcycle club

Columbus, Georgia , USA (July 24, 2019) BTN — Lloyd Jefferson Harris, a member of the Iron Cross Motorcycle Club, was sentenced to 20 years to serve three after pleading guilty to aggravated assault with a deadly weapon and violation of the Georgia Street Gang and Terrorism Prevention Act.

According to Investigator Ryan Foles with the Coweta County DA’s office, the Iron Cross had been on the radar of law enforcement prior to an incident in 2016, which saw the group thrust into the spotlight.

Foles also stated "The sentencing of four local men associated with an outlaw motorcycle group has signaled the end of that group in Coweta County – and a victory for local law enforcement in their battle against gangs."

In November 2016, two teenage girls were chased along U.S. Hwy. 29 into Newnan by members of the Iron Cross and Knights of Solomon motorcycle clubs after a biker lost control of his bike and crashed. 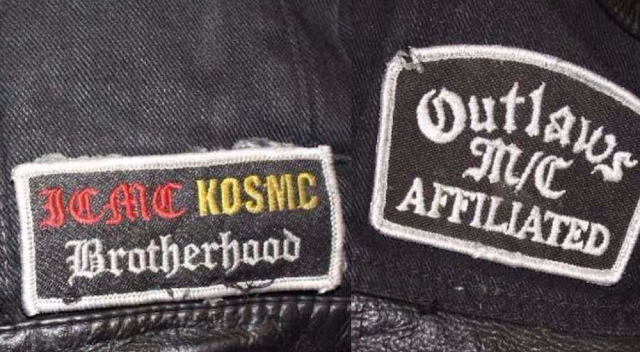 Club members blamed the driver of the car and began pursuing her. At one point during the chase, Harris pointed a firearm at the occupants and shot at least one round in their direction.

The chase ended after the bikers were intercepted by deputies near the intersection of Bullsboro Drive and Ga. Hwy. 154. A handgun was recovered at the scene.

After the chase, Harris was arrested and charged with discharging a weapon near a public highway, pointing a gun at another, and reckless conduct.

Three other members of the club were ultimately sentenced to probation.

Stephen Maxwell Kemp was given 12 months probation for aggressive driving, while Thomas Joseph Lewandowski and Ricky James Hartfree were both sentenced to six months’ probation. All four men were ordered to have no contact with the Iron Cross Motorcycle Club or any other motorcycle clubs.

District Attorney Herb Cranford Jr. said his office could not prove the other bikers involved in the incident knew Harris pulled a gun on the girls while chasing them, so the office only pursued felonies against the most culpable defendant.

“This case was about a group of bikers, all wearing their club patches, chasing down two teenage girls because the girls had disrespected the bikers on the road,” Cranford said. “The girls did not get in a wreck with any bikers, and there was no lawful reason to chase them.

“Nevertheless, we are satisfied that the defendant who pulled a gun and fired one round into the air was sentenced to prison following his non-negotiated guilty plea,” Cranford added.

Following the shooting, the investigation into the group escalated, resulting in the search of its clubhouse on East Jones Street in March 2017.

The house was allegedly being run and managed under the name of a deceased Iron Cross member and was serving as an illegal alcohol establishment for those in the biker culture. 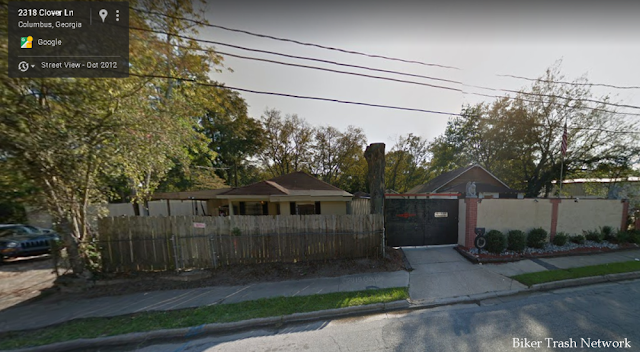 Inside, investigators reportedly recovered two truckloads of evidence connecting the bike group to gang culture, hate groups and other “1-percenters” across the state and nationwide – including membership documents and oaths.

Foles said the search of the clubhouse was successful for many reasons, one of which included the discovery of over 50 Christmas cards sent from other 1-percenter clubs across the country – each card containing the names, pictures and addresses of its members.

Foles shared this – and other information collected from the clubhouse – during the summer conference of the Georgia Gang Investigators Association.

The Iron Cross case was significant, Foles said, because local law enforcement agencies are rarely successful at shutting down motorcycle clubs. It is a task typically handled by federal agencies.

Foles said the success was in part to the Security Threat Group Unit (STGU), which operates in the Coweta County Jail, where detention officers help identify gang members and collect evidence for prosecution.

“From the help of the 911 operator to the officer who made original arrests all the way to the detention officers collecting evidence for gang charges – the case was a success because of everyone working together,” Foles said. “They’re pioneers in what they’re doing and are continuing to make the program even better.”

Cranford said biker clubs who associate with the Outlaws, a widely known motorcycle club like the Hells Angels, should be scrutinized by law enforcement and should not be allowed to intimidate and threaten the citizens of Georgia.

“Those Outlaw affiliated biker clubs, like the Iron Cross, give a bad name to law-abiding motorcycle clubs and others who simply enjoy riding motorcycles,” Cranford said. “The sheriff's department should be commended for this investigation which appears to have had the result of removing this Outlaw-affiliated biker gang from our community."