Pittsburgh, PA (July 9, 2019) BTN — Four Pittsburgh police detectives who fought with members of the Pagan's motorcycle club on the South Side in October will remain on the police force, the city announced Tuesday.

Detectives David Honick, Brian Burgunder, David Lincoln and Brian Martin will, however, be reassigned to new positions within the bureau.

The move comes nearly nine months after the fight at Kopy’s Bar on South 12th Street, which brought heavy scrutiny to the police bureau’s narcotics and vice unit, prompted a lawsuit against the city and resulted in new internal police guidelines for undercover drinking by officers while on duty. 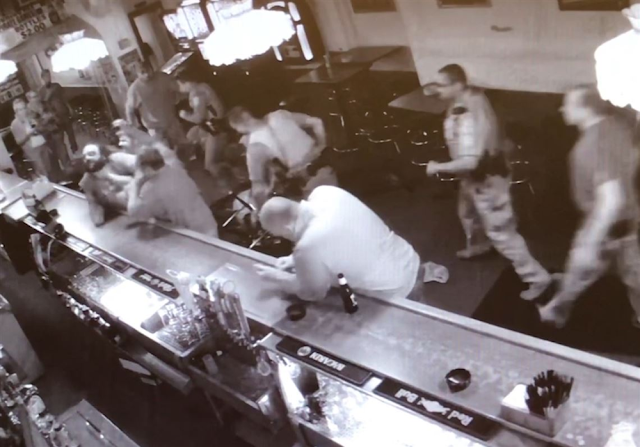 Police on Tuesday refused to say to where the detectives would be assigned or whether they will be working as patrol officers or as detectives in their new roles. Spokesmen for police Chief Scott Schubert, Public Safety Director Wendell Hissrich and Mayor Bill Peduto said the officials declined to comment Tuesday.

Elizabeth Pittinger, executive director of the city’s Citizen Police Review Board, said she was stunned and disappointed by the decision to keep the detectives on the force.

“It’s unconscionable that they weren’t criminally charged in the first place,” she said. “And administratively, it’s shameful that they were not terminated for their behavior that night. It just is not the professionalism or the demeanor the Bureau says they aspire to.”

The detectives had apparently been drinking at the bar for several hours before they fought with four members of the Pagan's motorcycle club on Oct. 12.

At one point during the brawl, one officer pinned a motorcycle club member against the bar while a detective punched him 19 times in the face.


The fight ended with the arrival of uniformed police officers. One sergeant deployed pepper spray into the faces of two detectives. The four Pagans members were arrested and charged with felonies; all those charges were later withdrawn. They have since sued the city, alleging excessive force.

The undercover detectives were placed on paid leave during the subsequent investigation into the incident, which revealed several other instances in which undercover police officers drank alcohol during operations. The city has assigned a new commander to the narcotics and vice unit.

Ms. Pittinger said the city’s decision to keep the four undercover detectives on the force erodes the public’s trust in the police bureau because they’ll continue to operate as police officers.

“They are not the finest we have,” she said. “It’s disgusting. It was an example of sadistic force. In the civilian world we would call it an assault.”

The Citizen Police Review Board has opened an inquiry into the policies and procedures that guide undercover operations, Ms. Pittinger said. She hopes the public process will shed some light on the city’s policies at the time of the incident as well as any revisions officials have made.

Pittsburgh police have refused to say whether undercover officers are allowed to drink on the job or to what extent. The police bureau’s public policy on alcohol and drug use prohibits all police members from being under the influence of alcohol or drugs while on duty.

Police said last month that the bureau established new “guidelines” for undercover alcohol use, but refused to make those guidelines public. The guidelines have not been formalized into actual policies or procedures.