Pittsburgh, PA (December 20, 2018) BTN — A night of binge drinking by four undercover Pittsburgh police detectives that ended with a bar fight on the South Side of Pittsburgh were all paid for with city money, news channels have confirmed. 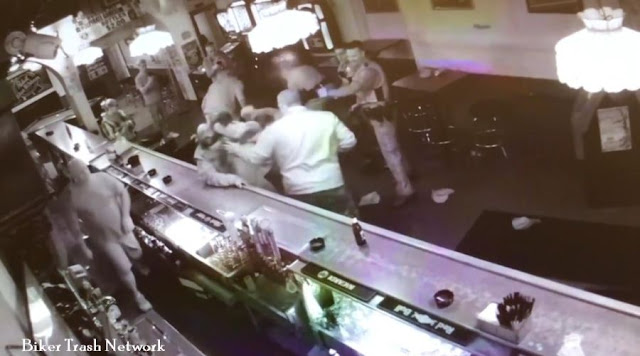 Video still of the Bar fight at Kopy's Bar

The owner of Kopy's Bar told news reporters that the officers had been drinking in the establishment for several hours before a few members of the Pagans motorcycle club walked in a little before midnight. About an hour later, words were exchanged between a couple of the Pagans MC members and the drunk cops when the fight broke out.

All four officers involved have been reassigned and the charges that were initially brought against the Pagans have been dropped.

The Biker Trash Network as been covering this story from the beginning and timeline stories are below.
| All 4 cops on paid leave after bar fight
| Pagans MC: Another member sues city officials
|