Police limit hours at bar due to fights

Cape Coral, Fla. (December 20, 2018) BTN — The Cape Coral Police Department has suspended the extended hours permit of Dixie Roadhouse after about 40 patrons leaving the bar started fighting in the parking lot across the street earlier this month. 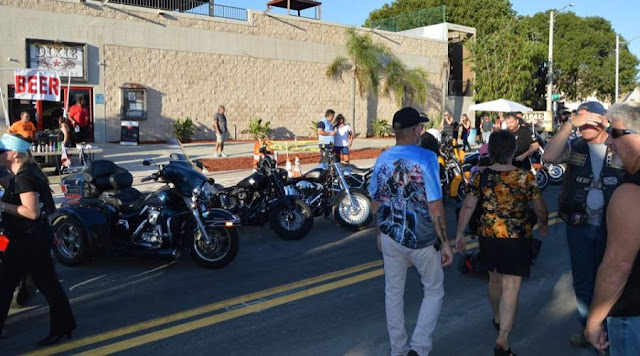 Master Sgt. Allan Kolak, the department's public affairs officer, said via email that shortly before 3 a.m. Dec. 8, the patrons got into an altercation and yelled gang-affiliated comments. Police determined they were related to a Fort Myers-based motorcycle club that is on the U.S. Attorney's Most Violent Offender List.

He said officers observed members of both the "Eternals" and the "Outlaws" motorcycle clubs leaving Dixie Roadhouse about the time of the altercation.

"Officers called for backup and all south units responded to the scene, totaling 13 police officers," Kolak said. "The necessary allocation of police personnel required by this violent activity compromised the police protection for the remaining south district for approximately one hour."

According to an officer narrative report from the incident, some people who were fighting were detained in handcuffs but released after the situation calmed down. No one cooperated with the investigation, the report said.

Police Chief David Newlan suspended the permit on Wednesday, Dec. 12, but the decision to revoke the permit stems from an "increasing threat to the public health, safety and welfare" posed by Dixie Roadhouse, Kolak said.

He said officers have reported an increase in motorcycle club members patronizing Dixie, and there were six incidents in September concerning intoxicated patrons. Among those, he said two patrons were found passed out, one in the bar and the other in a nearby public parking lot; and two patrons were arrested as a result of DUI incidents, one of which resulted in a DUI-related vehicle crash.


Kolak said Dixie staff "failed or refused to take reasonable precautions to discourage unlawful activity including, but not limited to, disturbances and vehicular use by intoxicated patrons." The police chief recommended prohibiting motorcycle club colors at Dixie, but Kolak said the recommendation was ignored.

"Chief Newlan has discussed, several times, the need for this establishment to impress on its employee's responsible hospitality industry practices concerning both the welfare of intoxicated patrons and the need to refuse to serve persons who are or are in danger of becoming intoxicated,"  There has not been any appreciable improvement in the management of these practices.

A Dixie Roadhouse manager was not available Wednesday afternoon.

Cape Coral issued the extended hours permit to Dixie Roadhouse in April, after City Council passed an ordinance to extend bar hours to 3 a.m. on Saturday and Sunday mornings in the city's CRA district, which includes businesses along Cape Coral Parkway East and SE 47th Terrace. Bars previously had to close by 2 a.m.

Proponents of the ordinance, which passed 7-1, argued the extended hours would attract more people to the Cape and show local businesses that the city supports them. Newlan said during the city council meeting in March that the city's previous trial with 4 a.m. hours showed an increases in service calls.

"When you bring in a larger crowd down to an area, you've got to expect there's going to be an uptick in calls for service and/or crime," Newlan said at the March meeting. "It's going to happen."

The News-Press previously reported that Dixie Roadhouse was deriving the greatest benefit from a previous extended bar hours trial in the city. Police said that two other businesses, BaackStreets Sports Bar and Remixx Lounge, currently use their extended hour permits.