Mays Landing, N.J. (December  6, 2018) BTN — Freddy Augello finally got his chance to speak his mind in court on Wednesday, and the Jersey Shore Pagans motorcycle club leader, guitar maker, and convicted murderer blamed the 2012 killing of April Kauffman on two other men: one who testified against him and another who died of an overdose years ago. 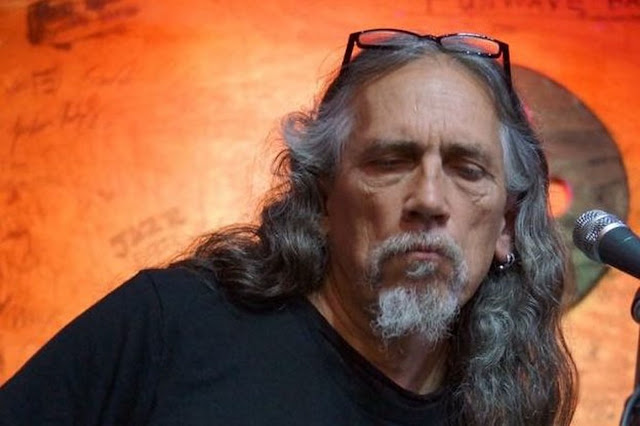 DeLury was undeterred. After listening to Augello for more than 20 minutes — a speech the prosecutor later called “the ramblings of a man who’s going to spend the next 55 years in jail” — he sentenced Augello, 62, to life in prison for being the leader of a drug ring, and 30 years for murder.

Augello would not be eligible for parole unless he lived to age 117. He plans an appeal of the verdict.

The sentencing ended the long drama of the April Kauffman murder, a crime set in motion by her husband, endocrinologist James Kauffman, who had also been charged with murder but hanged himself inside a Hudson County jail cell.

Atlantic County Prosecutor Damon Tyner said after the verdict that the only things remaining unknown in the murder-for-hire scheme were the location of the gun used to kill Kauffman inside her bedroom -- and why authorities and others did nothing to solve the case for nearly six years.

“Shame on anyone who sat on their hands and did nothing while being content to allow murderers to go free, to walk the streets of our county,” Tyner said.

April Kauffman was an outspoken radio host and veterans advocate who counted politicians, police officers, and numerous veterans among her friends and admirers. Prosecutors believe that she was trying to divorce James Kauffman, and that he wanted her killed to protect his assets and to prevent her from revealing a drug ring he was running with members of the Pagans Motorcycle Club.

Augello downplayed the extent of the drug operation, which prosecutors said revolved around Kauffman’s medical office.

He accused Tyner of exploiting the case to advance a political career. Before the sentencing, the judge dismissed a motion to set aside the verdict, saying he found no evidence the Prosecutor’s Office had withheld exculpatory evidence, as one current and two former employees of the office have contended.

Despite his impassioned speech to the judge, in which he said he felt “horrible” for what Kauffman’s daughter, Kimberly Pack, has gone through, but denied any connection to the murder, Augello showed little reaction to the sentence as he was led out of the courtroom.

At the trial, Joseph Mullholland testified that he drove the man recruited to do the killing for “the doc” — identified as Francis Mulholland — to Linwood on the day of the murder. Joseph Mulholland pleaded guilty to drug offenses but has not been sentenced. Francis Mullholland died after taking a lethal dose of heroin, which Augello said he believed had been given to him by Joseph Mulholland.

Pack detailed the dark years that have followed her mother’s murder, her life dogged by rumors and the burden of the unsolved crime in the death of a woman she said was her best friend.

“I do not wish anyone ill will in this case,” she said. "I am just so sad. "
Friends of Augello filled the courtroom and said they did not believe Augello had a role in the murder or was a drug kingpin as described by prosecutors.