New York City, NY  (December 31, 2018) BTN — A food deliveryman was punched in the face outside the Hells Angels MC's clubhouse in the East Village Monday, police said. The 22-year-old victim was attacked on East Third Street near Second Avenue outside the clubs’s headquarters about 2 a.m. Monday.

Cops said the deliveryman parked in front of a row of motorcycles to deliver food to a nearby address. A 60-year-old man told him he couldn’t park there, cops say. 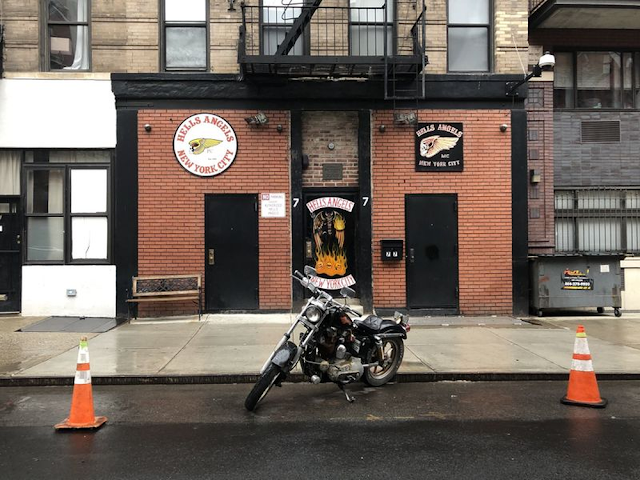 The victim refused to move and a second man in his 30's punched him in the face. He declined medical treatment. Nobody has been arrested.

It wasn’t the first time members have allegedly attacked outsiders over parking spaces in front of the clubhouse.

In December 2016, Hells Angel MC member Anthony Iovenitti was arrested for shooting a 25-year-old man during a wild brawl after the victim moved an orange parking cone club members use to reserve public parking spaces for themselves.

David Martinez survived but had a bullet lodged in his spine.