Victoria, B.C. (December 27, 2018) BTN — The president of the Devils Army Motorcycle Club in Campbell River will find out Jan. 10 if he will be released on bail. Richard Ernest Alexander was charged in October with the first-degree murder of mixed martial arts fighter John Dillon Brown in March 2016.

The 30-year-old Saanich man was found dead inside his car near the west side of the one-way bridge to Sayward, about 75 kilometres northwest of Campbell River, on March 12, 2016. 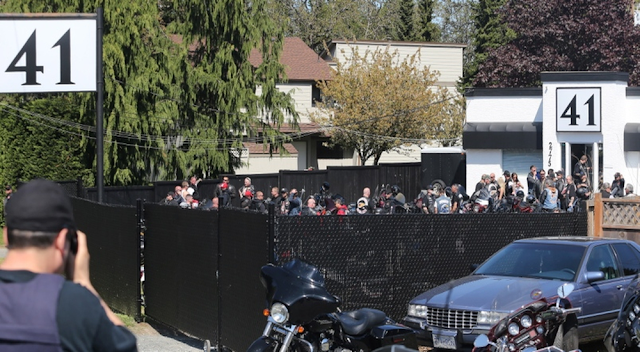 Alexander, 63, applied to be released on bail during a four-day hearing held in early December in B.C. Supreme Court. The judge reserved her decision until Jan. 10. A two-week preliminary inquiry is set for September.

Brown, a father of four, was last seen alive on March 11, 2016, leaving a home in Campbell River in his 2009 Honda Accord. Alexander was arrested after a joint investigation by B.C.’s anti-gang task force, the Combined Forces Special Enforcement Unit of B.C. and the Vancouver Island Integrated Major Crime Unit.

On Aug. 10, 2017, about 60 officers raided the Devils Army clubhouse on Petersen Road in Campbell River in connection with Brown’s killing. The Devils Army, active in Campbell River since 2009, is a support club for the Haney Hells Angels chapter, with five full-patch members and two prospective members, according to the Special Enforcement Unit.

At the time of the raid, Alexander told a Times Colonist reporter: “I don’t know what’s up myself — no comment.” There is no information to suggest that Brown, a semi-pro mixed martial arts fighter, was a member or associate of the Devils Army or the Hells Angels, the Special Enforcement Unit said after the August 2017 search.

Alexander is one of the founding members of the Devils Army Motorcycle Club, which the Special Enforcement Unit described as an outlaw group.