Pittsburgh, PA (November 26, 2018) BTN — A second member of the Pagans motorcycle club involved in a brawl with Pittsburgh police at a South Side bar last month that is under review by the U.S. attorney's office has sued the officers, the city and the sheriff. 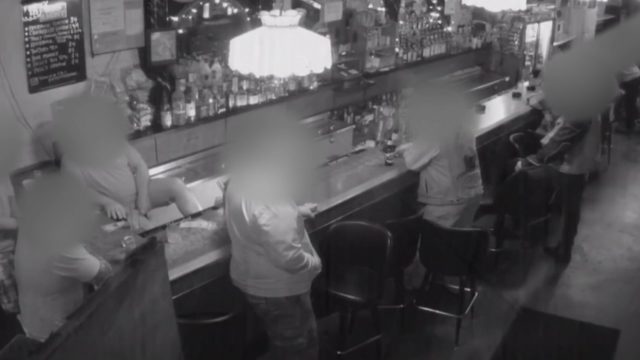 The federal suit is the second filed in regard to fight at Kopy's Bar between cops and the Pagans.

Frank DeLuca, a Pagan from Greenfield seen on video being repeatedly beaten, sued last week on claims that his civil rights were violated. Mr. Heitzenrater's suit raises similar allegations, saying the police officers were drunk and initiated the fight with the bikers.

Like Mr. DeLuca, he also claims false arrest and imprisonment, saying police lied in a complaint against him and his friends. He also says the sheriff's office improperly revoked his license to carry a gun after the incident. Mr. Heitzenrater's suit says the police had been drinking heavily in the bar on Oct. 11, starting at 7:30 p.m. The complaint, filed by attorney Martin Dietz, says Detective Honick had at least 13 drinks; Detective Burgunder had 19; Detective Martin had 14 and Detective Lincoln had seven.

Mr. Heitzenrater said Mr. DeLuca and another Pagan, Michael Zokaites, first entered the bar at 11:41 p.m. and ordered drinks. The suit said Detective Honick, who was seated at the bar near the door with the other police, noticed their Pagans jackets and "appeared to have some sort of fascination with DeLuca and Zokaites."

The bikers went to the back room to play pool.

Mr. Heitzenrater came into the bar next. He said Detective Honick noticed his jacket and turned to the other officers to say something. Two other Pagans also came in and ordered drinks. Detective Honick shook their hands and talked to them briefly, according to the complaint. Another Pagan, Bruce Thomas, then came in and stood next to his friends, after which they all went to play pool.

At 12:31, two of the Pagans left the bar and waved to the officers, at least one of whom waved back, the complaint says.

A few minutes later Mr. DeLuca and Mr. Zokaites walked outside so that Mr. DeLuca could talk on his cell phone. When they came back into the bar, according to the complaint, Detective Honick turned towards them and stared at them.

At 12:36 a.m., tension mounted when Detective Honick lifted his shirt to show a gun his waistband, the complaint says. Nearby, Detective Burgunder also placed a gun in his waistband after receiving a clip from Detective Lincoln.

The situation then escalated, with Detective Martin now yelling at the bikers as well. At 12:40, Mr. DeLuca pushed Detective Honick, and a melee erupted. Uniformed officers who had arrived a few moment earlier tried to pull Detective Honick away but didn't obey them and attacked Mr. DeLuca, the complaint alleges.

Mr. Zokaites tried to help his friend but was struck with a Taser and fell to the ground, where according to the complaint Detective Martin began punching him. Detective Martin also threw Mr. Thomas into some bar stools as the fighting progressed.

Video of the incident shows no grab, according to the complaint.

After the fight, Mr. Heitzenrater and his friends were arrested on assault charges and jailed. The Allegheny County district attorney's later dropped those charges.

The FBI and U.S. attorney's office are examining the case for possible civil rights violations against the police.