Mongols MC: Rat brags how he gained trust with members

Santa Ana, California. (November 2, 2018) BTN — A veteran federal agent who spent years undercover after infiltrating the Mongols Motorcycle Club offered his first-hand account Thursday of a secretive culture of violence and intimidation during testimony in an ongoing federal racketeering trial.

The three years that Darrin Kozlowski and three other U.S. Alcohol, Tobacco, Firearms and Explosives Officers spent embedded in the outlaw motorcycle club already has led to guilty pleas from 77 members of the Mongols. 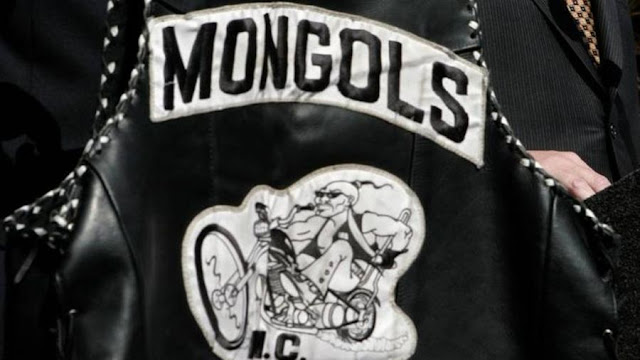 Now, the since-retired special agents’ efforts are at the center of the government’s attempts to seize legal control over the Mongols’ trademark name, a move that would bar the bikers from wearing the patches that now adorn their vests.

During a federal trial in Santa Ana this week, prosecutors have portrayed the Mongols as a criminal organization that encourages and rewards members who take part in violent, at-times deadly assaults, including riots in Laughlin, Nev. and a melee at the Morongo Casino in Cabazon near Palm Springs in 2002, and violent attacks in bars or restaurants in more recent years in Hollywood, Pasadena, Merced, La Mirada, Wilmington and Riverside.

It was a risky move, Kozlowski acknowledged during his testimony, particularly since he had already infiltrated one outlaw motorcycle club in Southern California. A photo of Kozlowski had also been printed in a book written by William Queen, a since-retired ATF agent who had infiltrated the Mongols years earlier, and whose work was well known throughout the motorcycle gang.

Kozlowski testified to buying crystal methamphetamine from several members of the Mongols, to being present for several brawls in clubs or parking lots, to helping members legally barred from having firearms hide their guns and to being told that other members of the club that they had killed members of the Hells Angels, whose bloody rivalry with the Mongols dates back to the 1970s.

“Members would often talk about doing things to elevate themselves within the Mongols by doing these acts of violence,” Kozlowski said. “It was talked about as a badge of honor.”

Kozlowski said some members of the motorcycle club were initially suspicious of him and the other undercover agents, forcing them to take polygraph tests before being allowed to join. He described for jurors the inner workings of the club, including detailing the various patches members can acquire for a variety of actions, from assaults and even murders of rivals to explicit sexual conquests.

To bolster his false identity, Kozlowski said he once offered to fly his chapter president to Chicago for a tour of what he claimed were his childhood neighborhoods. The chapter president unexpectedly accepted the invitation, Kozlowski testified, and law enforcement officials were forced to set up a dinner in Chicago with other agents posing as Italian organized crime bosses who told the Mongols leader they had worked with Kozlowski on past criminal endeavors.

There were several times Kozlowski said he believed the other Mongols were on the verge of realizing he was a law enforcement officer. He recalled once entering the home of Mongols leadership to see several members holding Queen’s book and looking at the photographs, and immediately believing he had been set up before realizing it was simply a coincidence. The president of his chapter eventually saw the photo of Kozlowski in the book, and had to be convinced it wasn’t him.

“Why would a member of the ATF who infiltrated the Vagos in this area come back and be a member of the Mongols?” Kozlowski testified about telling his chapter president.

Attorney Joseph Yanny, who is representing the Mongols, has acknowledged that members of the club broke the law, but told jurors that those individuals had been kicked out for their actions. On other occasions, Yanny told jurors, the club members acted in self-defense or were induced into drug deals by undercover agents.

Kozlowski testified that during his time with the motorcycle club he never saw anyone kicked out for illegal behavior, including individuals convicted of felonies. Prosecutors have previously indicated that if they are successful in their efforts to gain legal control over the Mongols’ trademark, they could literally take the jacket off the bikers backs anywhere in the country. The club traces its roots to Montebello in the 1970s.

U.S. District Judge David O. Carter, who is presiding over the trial, was angered late Thursday morning when four bikers, including one wearing sunglasses, appeared in the courtroom. The judge initially believed that it was a violation of an agreement the club had made to only have two of its members in the courtroom at a time, but learned that two of the visitors were from other motorcycle clubs.

Carter, who noted that 40 to 50 Mongol members attended some pretrial hearings, said anyone has a right to watch the trial. But he also made clear that for every member of the Mongol’s who attends, he will have an equal number of U.S. Marshal’s in the courtroom.

“You can have 50 people in here, but I’ll match them,” Carter warned the clubs leaders. “My jury is not going to be intimidated.”