Vancouver, British Columbia (November 18, 2018) BTN —Police are on scene after a body was discovered beneath the Golden Ears Bridge in Maple Ridge Sunday. The discovery was made just before 11:30 a.m. at Wharf Street and Hazelwood Street. 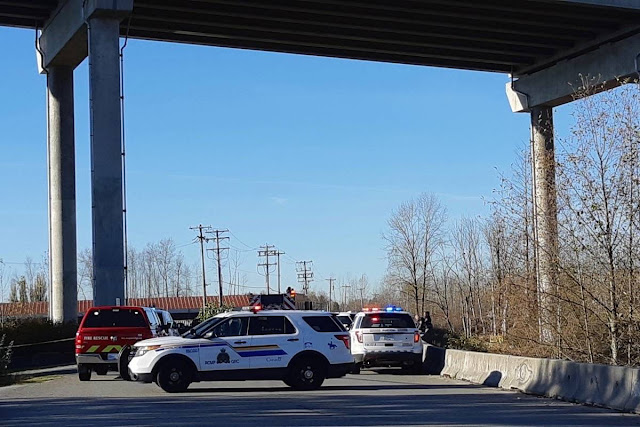 Police and Firefighters on scene

RCMP and firefighters have responded and several men wearing Hells Angels insignia are on scene.


Body found beneath the Golden Ears Bridge in #MapleRidge
Posted by The Maple Ridge-Pitt Meadows News on Sunday, November 18, 2018