Houston, TX (November 26, 2018) BTN — A high-ranking member of the Bandidos motorcycle club turned government witness was rewarded Monday with a relatively light sentence by a Houston federal court. William Gerald “Big G” Ojemann, of Houston, was handed a two-year prison sentence for drug possession after dishing on the inner workings of the Bandidos Motorcycle Club and the bosses behind it. 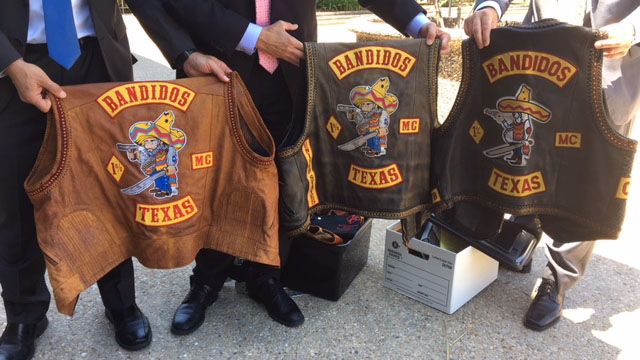 During a lengthy racketeering trial earlier this year in San Antonio, Ojemann testified that he and other club members carried out orders from former Bandidos President Jeffrey Fay Pike and his second-in-command, John Xavier Portillo. Those orders, according to Ojemann, included violent assaults and intimidation of rivals and fellow Bandidos.


Ojemann testified in April that Pike tasked him and another national member with finding and beating the Costa Rica chapter leader for not supporting his bid to cast off the Europe and Australia groups. The attack never happened because John “Galveston John” Lammins, president of a chapter in Costa Rica, was tipped off and was a no-show, he testified.

During Ojemann’s five years as a Bandidos club member, from 2008 until 2013, he rose to the rank of national sergeant-at-arms. He testified that Pike eventually gave him the boot but allowed him to remain in “good standing.”

A majority of the documents detailing Ojemann’s sentencing were sealed last week. Court records filed Monday show federal Judge Vanessa D. Gilmore signed off on dismissing two more counts of drug possession and a single count of firearm possession for a drug trafficking crime against Ojemann. It was then recommended that Ojemann be incarcerated at the Bastrop prison or another federal facility close to Houston.

As part of his punishment, Ojemann is required to undergo a mental health treatment program.