Toronto, ON (November 27, 2018) BTN — Clandestine recordings of Hells Angels members from a 2004 police investigation were played Tuesday at the civil forfeiture trial between the B.C. government and the motorcycle club. Former police agent Micheal Plante recalled in B.C. Supreme Court on Tuesday some of the conversations he had with Hells Angels about their conflicts and crimes more than 14 years ago. 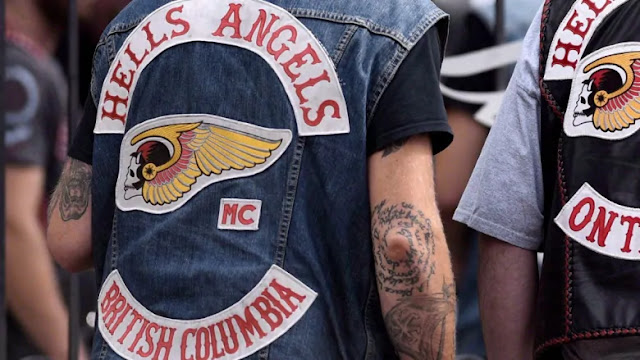 Plante, in his second day of testimony on behalf of the director of civil forfeiture, listened intently as tapes of some of his intercepted conversations from 2004 were played for Justice Barry Davies. In one of the tapes, East End Hells Angel member Ronaldo Lising complained to Plante about other members of the club, including his fellow chapter mate, John Punko. Lising referenced Punko’s conviction for threatening a federal prosecutor in a Vancouver food court several years earlier.

The conversation happened in a drive to Kelowna in 2004 when Plante was working on behalf of the RCMP to infiltrate the East End Hells Angels.

Several Hells Angels and associates were later charged and convicted as a result of Plante’s work for the police on the E-Pandora investigation. Plante, who now lives under a new identity, was paid $1 million for his undercover work and for testifying at a series of criminal trials.

He told Davies Monday that he was being paid another $80,000 to testify in the civil proceedings between the Hells Angels and the government agency.

The B.C. Director of Civil Forfeiture is trying to get Hells Angels clubhouses in East Vancouver, Nanaimo and Kelowna forfeited to the government as the instruments of criminal activity. The Hells Angels have counter-sued the government, claiming the Civil Forfeiture Act is unconstitutional. The case has been ongoing since November 2007 when police first raided the Nanaimo clubhouse.

The recordings played Tuesday highlighted the infighting and petty disputes between some of the Hells Angels. In one reference, Lising complained about two other Hells Angels that he was in the drug trade with at the time. Plante explained the references to Davies.

“He was saying he was doing all the work … but he was still paying those guys half the money,” Plante testified. 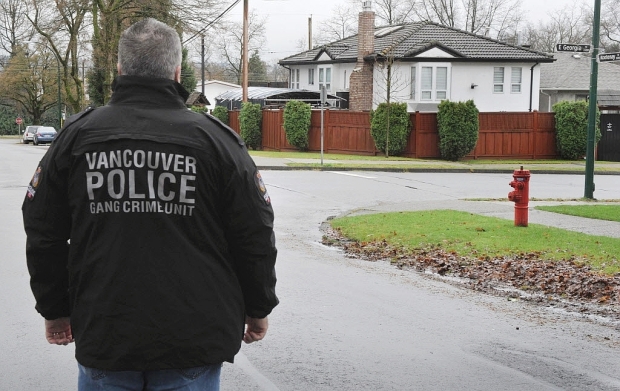 
Lising also appeared to threaten an unidentified group of people, saying, “those guys are not welcome in this f–king province.”

“If we see them, we are going to f–king take care of them,” he said in the recording.

Lising said he liked “being around Hells Angels” and attacked other full-patch members who didn’t want to socialize much within the group.

“Why do you want to be a Hells Angel if you are not going to hang out with Hells Angels?” he told Plante.

Two lawyers for the Hells Angels, Joe Arvay and Greg DelBigio, both objected to Plante’s attempts to interpret what Lising was referencing in the 14-year-old conversation.

“When he is listening to his own voice, he can say this is what I meant,” Arvay said. “But actually interpreting the tape, I don’t know if he has any greater expertise than any of us.”

Davies said that “the tape is the evidence, not the interpretation and not the transcript.”

“Unfortunately I have been doing this business of listening to these kinds of tapes for a long, long time,” Davies said of the grainy recordings. “I am just very glad that they aren’t playing heavy metal in the background for a change in the car because that’s the usual circumstance.”

Plante will be on the stand all week before returning for cross-examination in February.