Chad Wilson, a former Hells Angel in San Diego, then Haney, joined the clubs’s newest chapter when it formed last year. Some of his buddies had reported him missing the night before his body was found in the 20000-block of Wharf Street, Postmedia has learned. 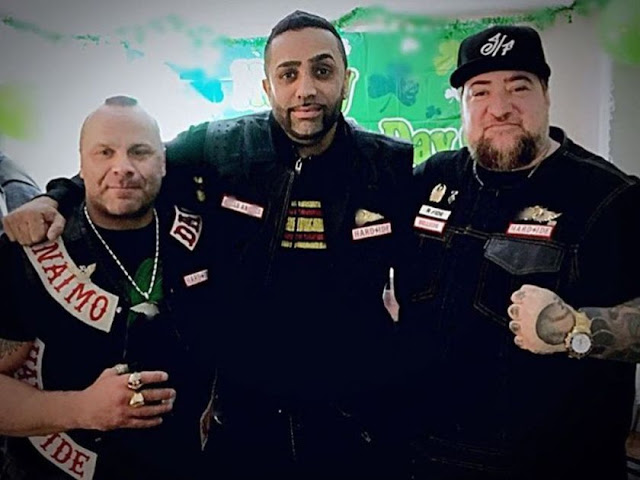 
Firefighters were first called to the scene about 11:30 a.m. Sunday. They immediately called in the Mounties when they found Wilson’s body.

Friends of Wilson’s, wearing their death head patched Hells Angels vests, soon showed up at the scene.
The Integrated Homicide Investigation Team is working with Ridge Meadows RCMP on the case.

Wilson’s name had not yet been released by police, but fellow bikers and family were already paying tribute to the dead 43-year-old on Sunday night. Wilson was a high-profile and popular member of the Hells Angels and his murder is expected to increase the volatility in the Lower Mainland motorcycle club landscape. 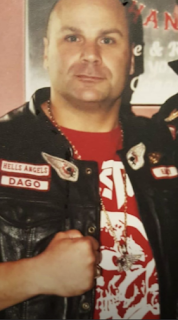 Police are saying only that Wilson’s death was targeted and that he was known to police.

In fact, he was known to police in several parts of the world.

In 2013, Wilson was charged in Spain with B.C. Hells Angel Jason Arkinstall and two associates after police there seized half a tonne of cocaine from a sailboat that had arrived from Colombia.

The Spanish government said one of the B.C. bikers was on the vessel, while the others were waiting in Spain. They were arrested in a restaurant in Pontevedra, a port in the northwest of Spain.

Officials said the drug conspiracy was linked to a member of the San Diego chapter of the Hells Angels – the same chapter that Wilson had joined as a prospect on Jan. 28, 2005. Wilson became a full-patch Hells Angel a year later on Jan. 28, 2006.

Within a few months he was sitting in a jail cell in South Dakota, charged along with fellow HA member John Midmore, with attempted murder for an Aug. 8, 2006 gunfight with members of the rival Outlaws biker club.

Several bikers and passersby were struck. One Outlaw was paralyzed by Wilson.

But both he and Midmore claimed self-defence and were later acquitted.

Video on the Hells Angels put out by the Vancouver Sun

Wilson, however, pleaded guilty in April 2009 of being an alien in possession of a firearm. He was sentenced to four years in jail.

In his letter to the judge, Wilson claimed that he would have been killed if he had not shot at the Outlaws when he did.

“To have to go through this nightmare I have been through for the past 983 days…to have people people think I am somehow at fault for the extreme injuries that not just Mr. Neale, but others suffered as well – psychological and physical – that is just outright wrong to do to me,” Wilson complained. “Don’t think for one second that I don’t live with the nightmare in my head.”

He said he had replayed the events that led to the shootout “over and over again in my head.”

“I come up with the same answer every time. If I did not have a gun that day – Auig. 8, 2006 – and I did not shoot back, I would be DEAD!!” he said. “This situation was 100% out of my control. I have the right to defend myself. I want to go home. I have everything great waiting for me, my drilling job, my kids, my wife and my dog and the number one thing, my LIFE!!”

He said being in jail is “true hell that I’ve been through.”