Perth, Thailand (November 15, 2018) — A Perth father turned Hells Angels MC member and drugs trafficker and his wife have been sentenced to death in Thailand over a failed bid to smuggle half a tonne of crystal meth-amphetamine through the country to Australia.

Luke Joshua Cook, 35, and his Thai wife Kanyarat Wechapitak were arrested in December at Bangkok International Airport when he returned on a flight from Australia after local police linked him to a plot to import meth into Thailand two years earlier. 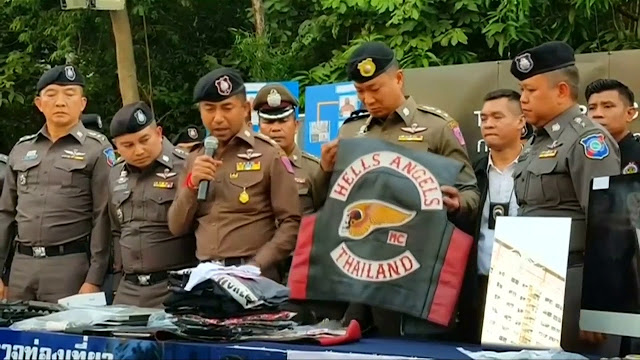 The Thai courts sentenced the pair to death for the plan to traffic the crystal meth, also known as ice, with an estimated street value of $300 million. Their sentences are expected to be commuted to life in jail.

Assets linked to the pair worth $800,000 including property, cash and cars are to be forfeited.

Veneer of boats, bars and baht fell apart in Thailand for Perth man Luke Cook. Cook, who is believed to have two children, was born in Duncraig in 1983 and spent part of his childhood in New Zealand and Papua New Guinea before returning to WA as a teenager.

According to a CV he posted on LinkedIn, from mid-2003 he spent several years working as a chef in fly-in, fly-out positions around WA including on a fishing boat and at mine sites, as well as at the Christmas Island immigration detention centre. After meeting his future wife online, he moved to Thailand where he bought a bar in the beach resort town of Pattaya, set up a business importing boats and marine parts and joined the Pattaya branch of the Hells Angels.

Police said that in 2015, Cook took a yacht into international waters off the Thai coast to collect 500kg of meth from a Chinese trawler. The illicit cargo was dumped overboard after the Thai Coast Guard came across the boat on its way back to port.

Although the patrol boat saw a man throwing bags over the side, he escaped in the dim, early-morning light. Four sacks containing about 50kg of the meth were found washed ashore on Mae Ramphueng Beach in Rayong province.

Thai authorities said Cook was given $15 million by high-ranking Australian Hells Angels bikie Wayne Schneider to buy and store the drugs for later shipment to Australia.

After the failed delivery, Schneider — a fugitive who was wanted in Australia on multiple warrants and was deemed at the time to be the biggest importer of narcotics into Australia — demanded his money back. He was murdered in November 2015 by members of his gang, his naked and mutilated body found in a shallow grave by the side of a road in Pattaya.

Cook was convicted and handed a suspended sentence over his involvement in the Schneider murder after trying to help former Sydney gangster Antonio Bagnato flee the country and cross the border to Cambodia. Bagnato was arrested, found guilty and sentenced to death over the murder but the sentence was later commuted to life in prison. 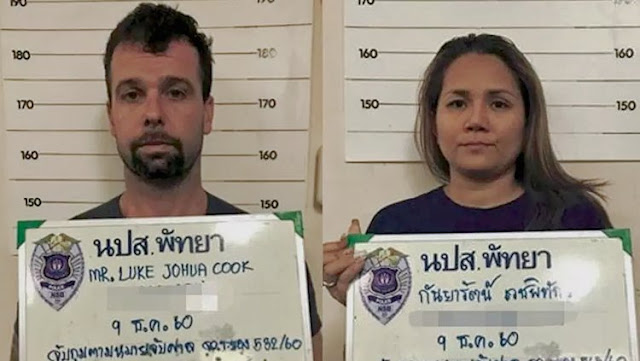 A spokeswoman confirmed “the Department of Foreign Affairs and Trade is providing consular assistance to an Australian in Thailand”.

An Australian Federal Police spokesman said that it was not appropriate to comment as it was a matter for the Thai authorities. “The AFP was briefed in relation to this matter following the arrest by Thai authorities,” he said yesterday. “The AFP had no involvement in the Thai investigation that resulted in this man’s arrest and subsequent conviction.”

The arrest of Cook and his 40-year-old wife in December was part of a series of raids by the Thai police in an operation dubbed Clipping The Wings Of Angels as it sought to smash Australian Outlaw Motorcycle Gang-led bikie chapters in Thailand. Several Australians were arrested and deported and at least two remain on the run.

An investigation last year found that in Thailand alone, 36 motorcycle club chapters had been established by Australian-led or affiliated gang members, particularly around tourist resort cities of Pattaya, Phuket and Chiang Mai and the capital Bangkok.

Chapters have also been established in Indonesia, Cambodia and Singapore.