Providence, R.I. (November 9, 2018) BTN — A statewide grand jury has indicted 41 of 61 people arrested this spring in a state police undercover investigation into alleged assaults, drug-dealing and gun-running by Rhode Island motorcycle club members or their associates. 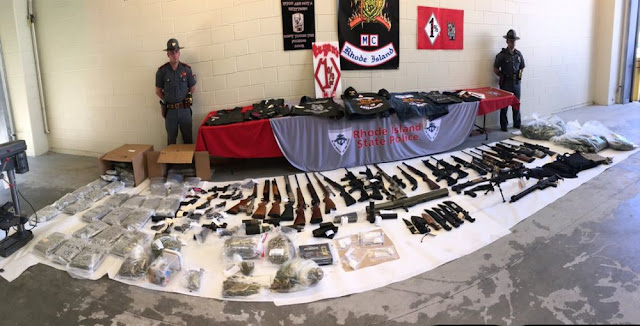 Guns, drugs and a rocket launcher was seized during the May 23 raids

Sixteen others have already waived their right to have their cases presented to the grand jury and pleaded guilty, said Amy Kempe, spokeswoman for Attorney General Peter F. Kilmartin. 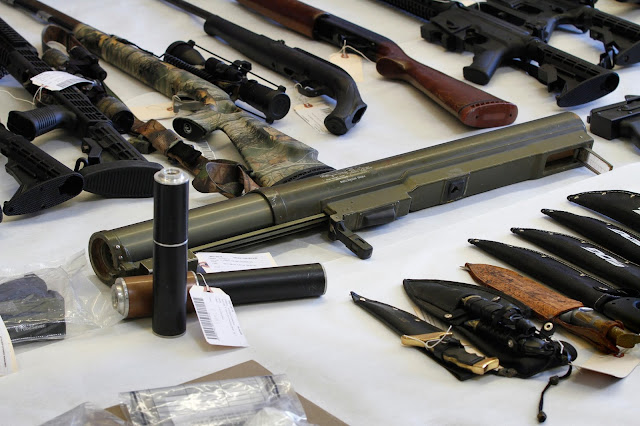 Some of the weapons confiscated during the May 23rd raids

Four others had their cases referred to the state’s Drug Court or to the attorney general’s Adult Diversion Unit, which serves as an alternative to prosecution for first-time nonviolent felony offenders.

In the predawn hours of May 23, more than 150 state and federal investigators swarmed through northern Rhode Island, carrying out at least 29 separate raids of homes, businesses and at least one motorcycle club headquarters.


For almost a year beforehand, authorities have said, they had been gathering information through at least one confidential informant and wiretaps on several cell phones used by a Burrillville man about the Pagans Motorcycle Club trying to establish a Rhode Island chapter and that biker rivalries were spawning violence.

Those recorded conversations between Deric “Tuna” McGuire and his associates also led them to believe McGuire was not just a motorcycle club leader but the head of a Woonsocket-based drug enterprise.

McGuire, who is named in the indictment, faces more than 220 counts of narcotics and weapons charges. 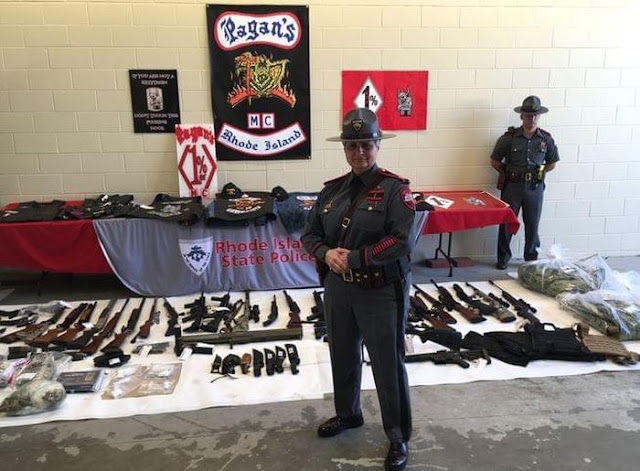 The raids produced a stash of weapons and drugs — even one rocket launcher. And they came just weeks after a member of the Massachusetts Pagans was shot on Route 95 in Connecticut. 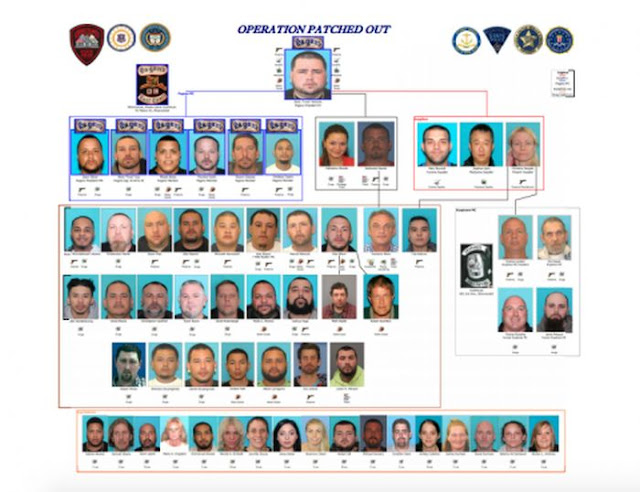 State police officials said at the time they decided to move in when they did to prevent any further violence.