Two days after images of bell ringers sporting controversial patches on leather jackets outside the Valparaiso Walmart went viral on social media, the Salvation Army released a statement on the matter. 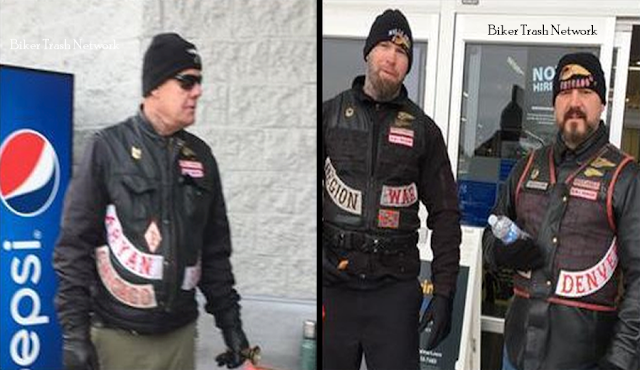 Lt. Christopher Nicolai, of The Salvation Army of Porter County, said in a written statement Sunday that the bell ringers in question, members of a local Hells Angels motorcycle club, violated the charitable organization's dress code and would not be allowed to do bell ringing in the future.

"Our commitment to nondiscrimination includes a dress code for bell ringers, requiring that they wear red Salvation Army aprons, and making it clear that no "symbol, marking or lettering that is viewed as discrimination" may be worn, Nicolai said in the statement. "Clearly, the bell ringers in question did not comply with this dress code. They will not be allowed to volunteer in the future. We are embarrassed that we were unable to prevent this incident, and apologize to all who were offended, as were we."

Images shared on Facebook and with The Times show men with leather jackets, one with a patch reading "Aryan" and another with a Confederate flag patch ringing the bell Friday for the Salvation Army.

The bell ringers in question were confirmed to be members of the Hells Angels Northwest Indiana Region Motorcycle Club.

They confirmed through a Facebook post Sunday that the Salvation Army had canceled another bell-ringing event the club had scheduled.

"Due to all the negative comments about our holiday charity work. The Salvation Army was forced to cancel our upcoming bell ringing date in December. We hope all that responded negatively, will donate their time ringing the bell for the Salvation Army," the post stated.

On Friday, the motorcycle club responded to the criticism and attempted to explain the controversial patches.

The representative said some members may wear "heritage-based" patches, such as Latinos wearing "LATINO," Japanese wearing "BUSHIDO" and whites wearing "ARYAN." He also said most members do not sport these types of patches.

"That's not what our clubs is about," the representative said. "However like all Americans, we love exercising our freedom. Sometimes freedom means you see and hear things you may not like. We accept that. The focus of today has nothing to do with freedom though. It has to do with charity and sacrificing for you community.

"I'd suggest to those making negative comments that maybe a little less time should be spent exercising your freedom of speech and a little more be spent to making a positive difference in our society."

The Hells Angels Northwest Indiana Region advertised their plans to bell ring on their Facebook page Friday morning. The post, including a graphic depicting the well-known red Salvation Army bucket and logos, shared that Hells Angels members would be collecting donations from 10 a.m. to 2 p.m. Friday at the Valparaiso Walmart. 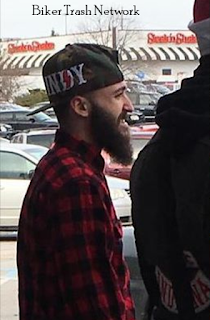 On Saturday, the Hells Angels posted again — this time including their own photos of members dressed in vests with patches and Santa hats next to the Salvation Army's "Doing the Most Good" sign and buckets. One appeared to be sporting the "Aryan" patch that attracted attention in the original Facebook post that went viral.

"Thank you Valparaiso for showing your support for our less fortunate neighbors," the Hells Angels NWI Region Facebook post read. "You helped us fill 6 buckets fulla cash! Big thanks to the Salvation Army for the opportunity to help our community."

The woman who made the original post on Facebook said the photos were taken by her mother.

The poster, whose name is being withheld, said her mother notified a Walmart manager about the men and their vests. The manager asked the men to remove the vests, and they refused.

The poster said she received several threats regarding her post.

“People thought I was going after the Hells Angels," the poster told The Times. "No, the Hells Angels does a lot of good and commendable things. … I have friends that are bikers, and I love them dearly. It’s not that I have anything against bikers.”