Pagans MC: The cops were drunk and started the fight

Pittsburgh, PA  (October 15, 2018) BTN — Four members of the Pagans motorcycle club are facing charges after brawling with undercover police officers in a South Side bar last weekend. Video of the brawl at Kopy's quickly surfaced and spread on social media.

According to the criminal complaint, members of the Pagans came into the bar on South 12th Street, and one of the club members realized who the police were and blew their cover. 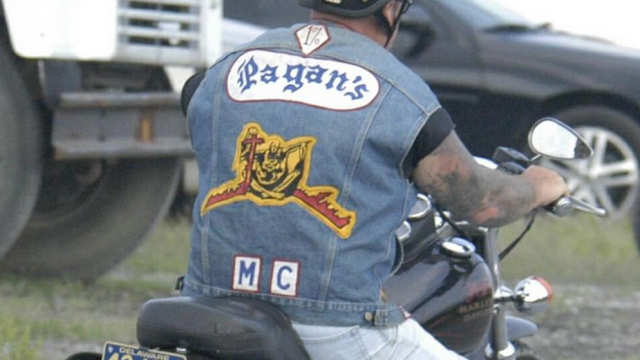 One of the club members became hostile and detectives tried to control the situation, the complaint said.

Bruce Thomas, one of the men charged, disputes those claims. He told Pittsburgh's Action News 4 that the undercover officers were visibly intoxicated and initiated the encounter.

"Next thing you know, one of them said something disrespectful, and one of our guys got mad and we never knew they were cops," Thomas said.

Video from the fight shows Thomas being taken down by one of the undercover officers.

"I got handcuffed, kicked in the ribs, and kneed in the back and the spine," Thomas said. "I didn't even hit anybody. We didn't think police would be in a bar drinking."

Surveillance video from the bar was turned over to Pittsburgh police.

Pittsburgh's Citizen Police Review Board is investigating the force used and the demeanor of the officers during the incident, and is asking anyone with information.