Edmonton, Canada (October 29, 2018) BTN — A man arrested by security guards at West Edmonton Mall for refusing to remove a Hells Angels support T-shirt has won a hearing with the province’s law enforcement review board.

Paul Sussman claims Edmonton police officers who responded to his 2016 arrest did not take his complaint about the security guards’ conduct seriously, and that he was given the runaround when he later attempted to file a formal complaint. 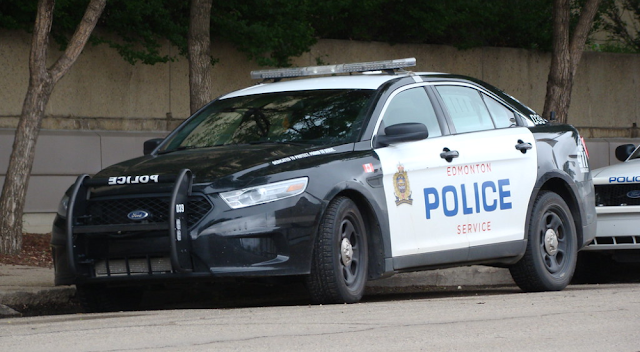 The Alberta Law Enforcement Review Board (LERB) dismissed the police service’s attempt to have the complaint thrown out as frivolous and vexatious, and took the rare step of awarding Sussman $750 in costs before the matter goes to a full hearing.

Sussman was shopping with his teenage son at the mall on Aug. 28, 2016, when he was approached by mall security for wearing a Hells Angels “support T-shirt.”

Sussman was told to remove the shirt or leave because gang support paraphernalia is against mall policy. He was told if he did not leave he would be removed for trespassing.

Sussman refused because he believed the request was unlawful, the decision states. When security attempted to arrest him, he allegedly became “belligerent and aggressive” and resisted by linking arms with his son to avoid being handcuffed.

Security eventually took him to the ground, arrested him and took him to the mall security office. Two police officers arrived to deal with the case, though no charges were laid in the case.

The officers drove the man and his son to their car. During the ride, Sussman said he wanted to file an assault complaint against the guards but the officers “did not give him the form and did not take his complaint seriously” and told him instead to visit the west division police station.

Sussman went to the station the next day and told an officer at the front desk that he wanted to lay a complaint against mall security. According to the complaint, Sussman was wearing the same shirt and alleged the officer “refused” to help him.

“The appellant (Sussman) was of the opinion that it was because of his shirt,” the decision states. Instead, the west division officer told him to call the police complaint line. When he did, he was told to contact one of the officers who responded to the mall complaint.

Around a year later, Sussman filed formal complaints with city police, claiming the two mall officers and the west division officer failed to properly investigate his complaint. Police Chief Rod Knecht ordered investigations into the complaints but found there was no reasonable likelihood the officers would be convicted of misconduct.

The officer working at west division, however, was given a warning about “providing good customer service to citizens trying to report matters to the front counter.”

Sussman appealed the complaint to the LERB in April. Knecht and the police service sought to have it dismissed as “frivolous and vexatious” but the board disagreed.

The board also ordered each officer to pay Sussman $250, saying costs were warranted because their submissions failed to establish the complaint was made in bad faith and “attacked the appellant unnecessarily and on a personal level.”

The complaint will go to a hearing before the LERB, though no hearing dates have been set. The board hears appeals from both citizens and police officers outside of internal police complaints systems.