Upland, California (October 9, 2018) NOTE: We are running this article in its original and biased wording, Biker Trash Network — A candidate for Upland City Council is more than the business owner he declares himself to be on the November ballot, according to records from Upland police.

During a traffic stop seven years ago, Zuñiga told Upland police Officer Maurice Duran he was a member of the outlaw group, according to the field interview report filed by Duran that day. 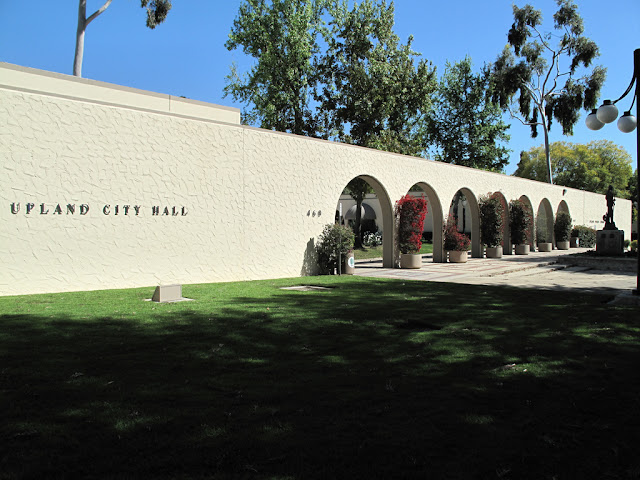 Since Zuñiga announced his candidacy for Upland City Council, he has made mention of his affiliation with motorcycle enthusiasts but has not publicly identified the group.

On Aug. 16, Zuñiga posted a video on his campaign’s Facebook page, entitled “Confession.”

“Through the whole process of my divorce, I was building a motorcycle,” Zuñiga said on the video. “It kind of helped me get by and get through the days, and such.

“So I built my bike, I got it on the road. I started riding all the time by myself. At the time, I didn’t have any friends who had motorcycles,” Zuñiga said. “I used to go to this one spot over by my mother’s house, and there was a bunch of guys always hanging out with motorcycles and I’d stop in and hang out and talk to them. They were pretty cool. They turned out to be pretty good guys. I started hanging out with them for a bit. And more and more and more. And I ended up joining up with them.

“We had our differences,” he continued. “I decided I should move on. It was time for me to do something else.”


In the video, Zuñiga never identifies the motorcycle group he joined.

Zuñiga twice declined to discuss questions about the group when contacted by a reporter. In a brief telephone conversation Monday, however, he said he is not affiliated with a gang.

“I have not committed any crimes. I am not in a gang. I am not in a motorcycle club. I don’t know what to tell you,” Zuñiga said before hanging up on a reporter.

According to documents obtained from the Upland Police Department under the California Public Records Act, however, Zuñiga has identified himself as a member of the Vagos outlaw motorcycle club.

On March 5, 2011, Officer Duran stopped Zuñiga for having a modified exhaust on his motorcycle and for not wearing a helmet.

According to the field interview report, Zuñiga was wearing Vagos gang attire and his motorcycle featured an “SGV” sticker on his front headlight (the Vagos’ fifth chapter was founded in the San Gabriel Valley, according to its website), a “22” sticker on his fuel tank (which stands for the 22nd letter of the alphabet, V), and a personalized license plate, “GNG GRN.”

“Which he states means ‘going green,’ but I believe actually means ‘gang green,’” Duran wrote in his report. Members of the Vagos refer to themselves as the “Green Nation” on their website and use green throughout their attire.

“Zuñiga refused to let me take photos of his tattoos and his fingerprint,” Duran continued in the report. Fingerprints and photos are typically collected for use on a gang card, a document shared between agencies to help them identify known and suspected gang members.

“Zuñiga stated he is a member of the Vagos,” the report reads in part, quoting Zuñiga saying the club is “nothing more than a ‘family group.’”

Whatever they may call themselves, Upland’s police chief says there’s little question what kind of organization the Vagos actually are. The Vagos website lists a “Badlands” chapter based in Upland.

“Vagos are an outlaw motorcycle gang that refer to themselves as a ‘club,’” Chief Darren Goodman said. “By definition, they’re a criminal street gang as defined under Penal Code 186.22. Its members go through a prospecting stage where they’re required to commit crimes at the direction of existing members.”

In 2012, Keith Allen Silva, the former president of the San Bernardino Chapter of the Vagos, was sentenced to 75 years to life for the 2003 killing of a man over the sale of a motorcycle. 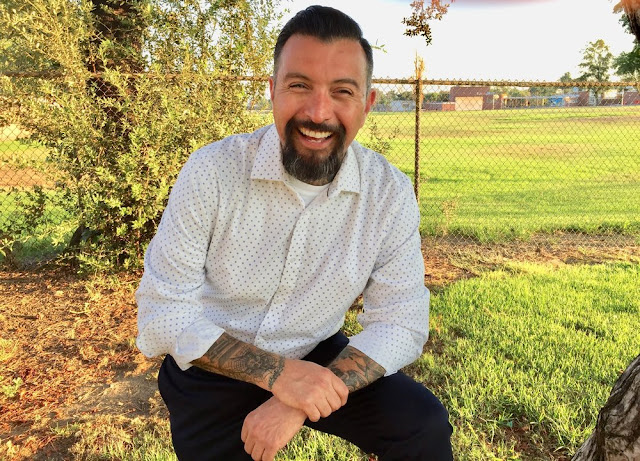 Photo of Rudy Zuñiga From: Rudy4Upland

In June 2017, federal agents arrested 22 alleged Vagos Motorcycle Club members in the Inland Empire and around Southern California, accusing them of committing violence against rival gang members — and even their own — and building their territory through crime and intimidation.

According to Hunter Glass, a ationally recognized expert on street gangs, gang mentality and culture, few members ever fully cut ties with gangs like the Vagos.

“When you get into stuff like the Vagos and the (Hells) Angels, that’s a brotherhood. You don’t just turn your back on your old buddies,” he said. “It’s a fraternal order you don’t walk away from. No matter what you think, you will always have those ties.”

“I’d say that would be a real concern for people,” Glass said.

Zuñiga describes himself as an “engineer/business owner” in his candidacy filing: He and his current wife run a furniture store in downtown Upland. He’s running for a council seat representing the city’s 4th District.

And Zuñiga is running, in part, by appealing to voters’ concerns about safety in the city.

“Having raised my family in a safe community we once enjoyed, it saddens me that other families can’t enjoy the same safe neighborhoods (as) it once was,” Zuñiga’s ballot statement reads in part. “If elected I would utilize my experience in budgeting to cut waste in order to save tax dollars for improvements throughout our city, provide training for our reserve police officers to assist in the lack of safety downtown, the bike trail and skate park.”

He may face an uphill battle politically. Zuñiga is running against incumbent Carol Timm and business owner Tammy Rapp. While there’s no polling on the race publicly available, campaign donations have been highly lopsided.

According to his most recently released campaign financial disclosure statement, Zuñiga has raised $4,248 in 2018, including a $600 loan to himself. Other than a $1,000 donation from Rancho Cucamonga-based RMP Management Co., the majority of his donations come from individuals, most of them described as retirees on his California Form 460, filed on Sept. 18. As of Sept. 22, Zuñiga still had $2,740 in his campaign chest.

Zuñiga has been attacked on social media, including in a Facebook page post with photos allegedly showing him in Vagos gang attire. The owner of the Facebook page did not respond to a request for comment on this story.

Zuñiga’s supporters accuse Timm’s campaign of engineering the attacks on him.

“I have nothing to do with any website like that and I do not know anyone who is involved or behind it,” Timm wrote in an email.

Similarly, Rapp said the “information isn’t stemming from me or my campaign.”

California law was changed in 2012, making it illegal for felons to hold office in the state. But Zuñiga doesn’t appear to have been convicted of any felonies.

Candidates statewide have been called out for questionable ties or possible criminal activity in the past, according to Marcia Godwin, a professor of public administration at the University of La Verne.

Omar Navarro, the Republican candidate opposing Rep. Maxine Waters, D-Los Angeles, was on probation until March for placing an electronic tracking device on his wife’s car.

Richard Bunck, who’s made unsuccessful runs for Apple Valley Town Council, Claremont City Council and the Claremont Unified school board, has been dogged by what he said were former connections to a Nazi splinter group, the National Socialist White People’s Party.

And three mayoral and City Council candidates in Oroville this November have criminal convictions, including for prostitution, drug possession and impersonating a police officer.

“It is not all that rare for a former gang member or someone who got into trouble at a young age to run for political office later,” Godwin said. “Some of these candidates attribute their interest in elected office to mentors or local programs that helped them.”

Among them, she said, is Luis Rodriguez, author of “Always Running: La Vida Loca: Gang Days in LA,” who ran as the Green Party candidate for governor in 2014.

But that’s not what’s happening here, according to Upland’s chief of police.

“I believe in redemption and the power of change. I have seen scenarios where people have denounced their gang and totally changed their life,” Goodman said. “However, that doesn’t apply to people who deny they are gang members, deny what the gang is, and deny what the gang does. If a person is lying about their affiliation and deceiving people about the horrific acts of the gang, then they are not done being a member. I do not believe a gang member should sit on any city council and set policy that affects a police department. There is no legitimate, ethical police officer who would disagree with me."

“Look, I am committed to unifying this city, strengthening the police department, reducing crime and improving quality of life,” Goodman added. “How the hell do I accomplish that if a Vago gang member is on my City Council?”