Moncton, N.B. (October 30, 2018) —A “charismatic” former member of the Bandidos Motorcycle Club serving a life sentence for a brutal Toronto-area murder has lost a bid to get out of the highest-security prison on the East Coast.

A New Brunswick judge has ruled that Randolph Brown — once connected to the Bandidos MV — will keep his new “maximum security” status and be housed at the Atlantic Institution near Renous, N.B.
Brown, 47, was handed a life sentence in 2008 with no parole eligibility until June 2016 after pleading guilty to second-degree murder. 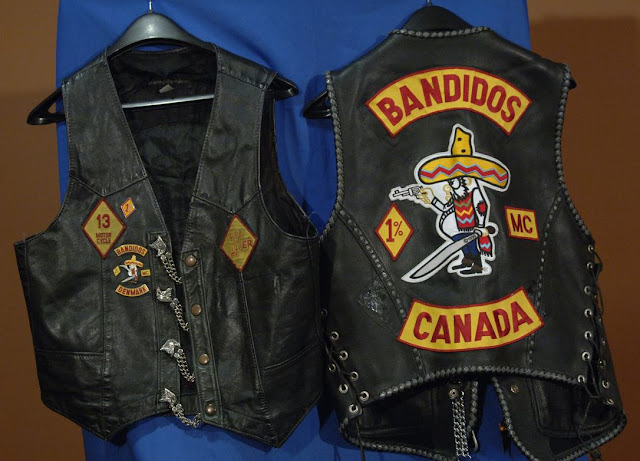 He had spent much of his time at New Brunswick’s minimum-security Westmoreland Institution before being moved to the nearby medium-security Dorchester Penitentiary in 2017, and then to the Atlantic Institution in August 2018.

Brown, originally from Jackson’s Point, Ont., went to court to fight the reclassification.

Justice Denise LeBlanc of New Brunswick’s Court of Queens Bench described two sides of Brown in her ruling this month. Officials describe him as “charismatic and well-spoken,” with one saying she had always found him personable and easy to talk to. He was described as “a forthcoming and cognizant individual, someone who possessed the ability to succeed.”

But he was also an integral part of Dorchester’s “sub-culture activities, including intimidation, extortion, muscling, assault, trading in and possession and distribution of contraband/unauthorized items, possession of stolen property,” according to LeBlanc’s ruling.

Brown was seen on camera “collecting” items from other inmates, and head-butting another prisoner.

Corrections officials argued his transfer would alleviate “a major hold held over general population offenders and reducing the risk of creating either more associate participation or potential victims of the sub-culture hierarchy.”

The warden felt Brown had needs that required a highly structured environment, the judge said.

“In protecting the safety and security of the institution, I have no alternative but to approve the proposed involuntary transfer to higher security,” the warden said in a report.

In her ruling, LeBlanc said the warden’s decision was reasonable and justified, and she rejected Brown’s bid and ordered him to pay $750 in costs. Brown is one of four men who pleaded guilty in the 2005 death of Shawn Douse, a Keswick, Ont., drug dealer.

Another biker was upset that Douse had been selling cocaine to family members. Brown admitted he stuffed a T-shirt into Douse’s throat to kill him, after he was beaten unconscious.