Brockville, Ontario (October 5, 2018) BTN — Police have arrested two people, and are looking for four others, in connection with drug and weapons offences with motorcycle club links following a raid at a midtown home last week.

Officers of the Brockville Police Service, with help from Kingston police and the Ontario Provincial Police’s Biker Enforcement Unit, executed a warrant at 21 Sevenoaks Avenue in Brockville last Thursday (Sept. 27). 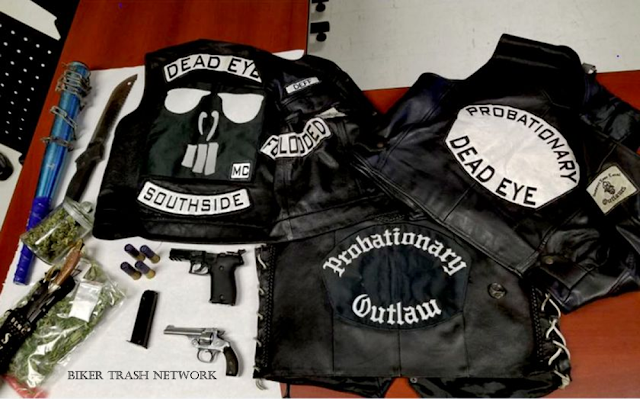 Kyle Justin Thomas Gard, 23, and Adam James Sayeau, 27, both of Brockville, were held for a bail hearing scheduled for Friday, while four other people remained at large as of Friday afternoon.

The raid comes amid widespread fears in Brockville of youth criminal gang activity in the city.

On the eve of the Sevenoaks raid, Police Chief Scott Fraser, speaking at a neighbourhood watch meeting, drew a distinction between the alleged youth gang and motorcycle clubs.

The chief said that, while there is no evidence of an actual youth gang operating in Brockville, biker clubs such as the Outlaws have been operating here.

SOURCE:  The Recorder and Times