No Surrender MC: Founder gets six years in prison

Breda, Netherlands (October 25, 2018) BTN — The founder of the No Surrender motorcycle club has been jailed for six years for assault, extortion and making threats, as well as laundering €1.3 million. Klaas Otto left one of his victims with permanent injuries and threatened to cut off his children’s ears, the district court in Breda heard. 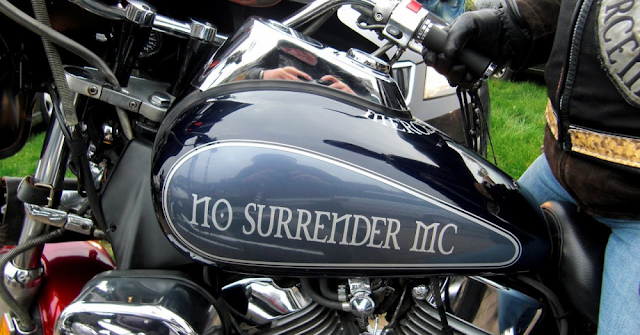 The 51-year-old told another victim that his wife would be raped by members of his club if he refused to pay up. ‘He used the threat of severe violence to force his victims to hand over large sums of money and cars,’ judges said in passing sentence. The court said there was an ‘atmosphere of menace’ surrounding Otto, who denied all charges against him.

Several alleged victims refused to testify because they feared reprisals, but the court found Otto guilty of threatening and mistreating two car dealers. The sentence was lower than the 10 years demanded by prosecutors, partly because the court decided other charges including arson and letting off a hand grenade had not been proven. Judges also took account of the fact that Otto had been the target in a shooting incident and had been detained in custody for 18 months on a charge of threatening a prosecutor, which the court decided was not supported by the evidence.

His incarceration was ‘too long and too severe,’ the court decided. The prosecution service said last December it would seek a nationwide ban on No Surrender similar to the one imposed on rival motorcycle clubs Saturadah and Bandidos.