Grafton, NSW, Australia  (October 16, 2018) BTN — A life-member of the Gladiators motorcycle club has been charged after Raptor North located prohibited drugs and weapons, and the RSPCA seized animals from a property near Grafton, NSW Police say.

On September 30, 2018, officers from the Criminal Groups Squad’s Strike Force Raptor North and Coffs/Clarence Police District attended a rural property at Lanitza for the purpose of a Firearms Prohibition Order (FPO) search. 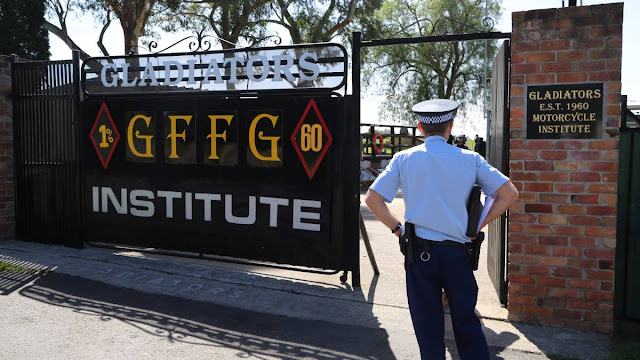 While attempting to locate the subject of the FPO – a 36-year-old man – officers located a small cannabis crop growing on the property.

They also located a .303 rifle in long grass a short distance from the main homestead. It has been seized for forensic and ballistic examination.

Further, Raptor North located a number of animals that appeared to be malnourished, had limited access to clean water, and some were locked in small cages or confined to small spaces. They also located deceased animals on the property.

Following extensive attempts to locate the man, he was arrested at Grafton Police Station just before 10 am Monday 15 October 2018.

The man was granted strict conditional bail to appear at Grafton Local Court on Monday 19 November 2018.