Newcastle, NSW (October 19, 2018) BTN — Toast with beetroot and feta, a flat white, two months in jail and the state's first ever conviction for breaching a Serious Crime Prevention Order.

Former high-ranking Finks bikie Troy Vanderlight only ordered the first two when he sat down for a light lunch with the president of the Gladiators Port Stephens chapter at the Heritage Gardens cafe at Ashtonfield in August. 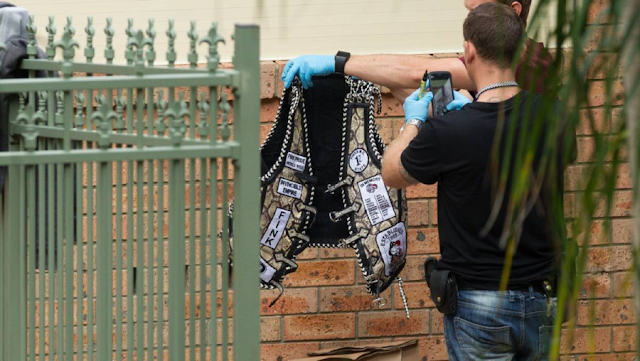 But when Strike Force Raptor investigators got a tip-off, it turned out that the time in jail and the conviction for contravening the order, imposed by the NSW Supreme Court in April in an unprecedented attempt to put a stop to the Hunter's violent bikie “civil war”, were also on the menu.

Vanderlight was one of five Finks, as well as five Nomads, hit with the strict 12-month orders, which banned them from associating with any member of any bikie gang.

And ironically, Vanderlight was meeting with the Gladiator to discuss how he could attend a funeral without breaching the orders.

Vanderlight, 27, who police allege was the Newcastle president of the Finks outlaw motorcycle gang, and who twice had his house shot up during the tit-for-tat attacks earlier this year, had pleaded not guilty to contravening the serious crime prevention order and two other charges after his arrest outside the Ashtonfield cafe on August 17. He was due to face a hearing in Maitland Local Court on Friday, but pleaded guilty to contravening the order - the first of its kind in NSW - after prosecutor Benjamin Bickford agreed to withdraw the other two charges.

Mr Chicken said there was nothing to suggest the lunch meeting on August 17 was for a “nefarious purpose” and noted the conflict earlier this year had not involved the Gladiators.

Mr Chicken also said a discrepancy in the NSW Supreme Court orders meant he could not be satisfied that Vanderlight was the Newcastle president of the Finks. That fact reduced the objective seriousness of the offence and he ordered Vanderlight serve an 18-month community corrections order, the new equivalent of a good behaviour bond, that Mr Chicken said would test Vanderlight’s claims that he was no longer a member of the Finks.

Vanderlight remains in jail, refused bail on charges of affray and participating in a criminal group relating to an alleged brawl with a member of the Newcastle Nomads in a car park of Charlestown Square in January this year.

And, despite serving his time for breaching the Serious Crime Prevention Order, Vanderlight might be destined to live under even more stringent conditions, with the matter listed again in the NSW Supreme Court next Thursday to vary the conditions against him.