Quebec, Canada (October 17, 2018) BTN — Stéphane "Godasse" Gagné, a former high-ranking Hells Angel MC member sentenced to life behind bars in 1997 for killing a prison guard, has been granted escorted leave from prison. The Parole Board of Canada authorized Gagné's first outing at the end of a hearing that lasted just under two hours Wednesday morning. 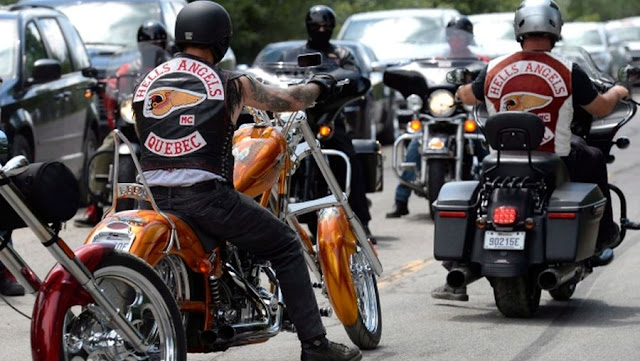 Gagné, 48, a former hitman whose testimony helped convict the longtime head of the Quebec Hells Angels, Maurice Boucher, in 2002, simply nodded when board commissioners told him his request for an escorted temporary absence was approved.

"Merci," he offered as he left the room, appearing to choke up.

'Ultimate assassin'
Gagné pleaded guilty to first-degree murder in December 1997 for the killing of Diane Lavigne as she drove home from her shift at Montreal's Bordeaux jail.

He was also involved in the murder months later of another prison guard, Pierre Rondeau, and the attempted murder of a third guard, Robert Corriveau.

In exchange, prosecutors agreed to charge Gagné with a single count of first-degree murder, for Lavigne's death, and one of attempted murder.

Gagné was sentenced to life in prison and has now served about 21 years.

Julian Sher, an investigative journalist and the author of several books on organized crime and the Hells Angels, said in an interview with CBC News that Gagné was "the ultimate snitch, the ultimate traitor, but also the ultimate assassin."

Though not actually eligible for parole until 2023, Gagné​ applied for early parole and was granted a hearing in 2016. At that initial hearing, Gagné recognized the harm he did as a drug dealer and assassin, apologizing to the two daughters of the prison guard he killed.

But it wasn't enough to gain his release. Board members at that time challenged his motives, telling him he sounded self-centred.

Buddhist monk taught him to meditate

At Wednesday's hearing, the parole board heard how Gagné had gained self-awareness, recognizing past errors and acknowledging he is not immune to making others.

He told the board he had learned to meditate from a Buddhist monk while in prison.

"I don't use violence to solve my problems," he said, when asked about his risk factors. "I now know how to manage my emotions. Meditation helps me a lot."

Gagné's case management worker described how the convict had come to recognize his own errors and that he is not immune to making others.

The parole board heard that he takes part in group activities and AA meetings, quitting smoking even before tobacco was prohibited in prison, working out regularly and abstaining from alcohol and drugs.

Gagné has worked in the kitchen of the institution where he's being held since July, his case worker noted, calling him "a devoted worker" who is helpful and shows initiative — qualities that will one day help him find a job on the outside.

54 months in isolation
Gagné said he is well aware his safety and the safety of those around him is at risk, because he's known as an informant.

"When I'm in the gym and someone arrives after being transferred from another institution, I watch out for myself," he told the parole board commissioners. 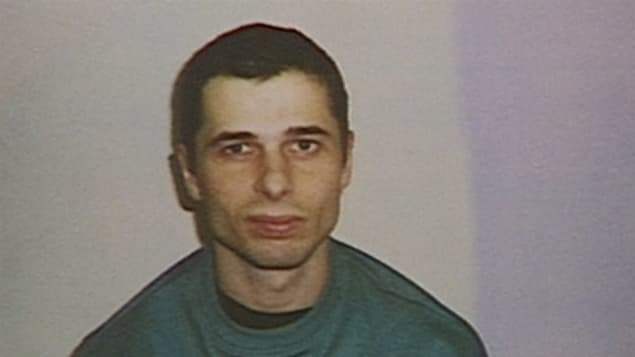 He said of the 21 years he's served in prison, he's spent a total of 54 months in isolation, for his own safety.

"I've lived through all that and fought to stay alive," he said. "I'm done with criminality."

Pressed by Parole Board Commissioner Marie-Claude Frenette on how he could have taken the lives of innocent people, Gagné said he'd done it because he needed recognition.

"What I did makes no damned sense and was disgusting," he said. "I still need recognition, but I seek it out in positive activities rather than negative ones."

He said he used to be cold and detached from his emotions, not thinking of the future.

"Now I'm patient," he said. "That wall that caused me to be so cold is falling away," although he said the years in solitary confinement had left him scarred.

His lawyer, Sandra Brouillette, said her client had become more transparent in the two years since his first application for early parole was refused.

Brouillette said Gagné recognizes that as an informant, he presents a risk to people around him, and he's aware of what will happen if he does not do as he's told by the escorts during his outing.

As for whether his own life is still in danger — and how his safety will be protected, should he be granted parole — journalists present at the hearing were asked to leave the room when that aspect of Gagné's case was discussed with the inmate, his case workers and his lawyer.


Bikersinc is a grassroots Non-Profit Organization that provides assistance to Veterans and closes the gap between military service and civilian life.

They are a small but growing tight knit all volunteer group funded solely by private donations. After you donate, you’ll get your PayPal Giving Fund tax receipt by email