But several riders made a u-turn at Moree, and north of the town, after they were met with the men and white in blue, the commander of the club's squad said. 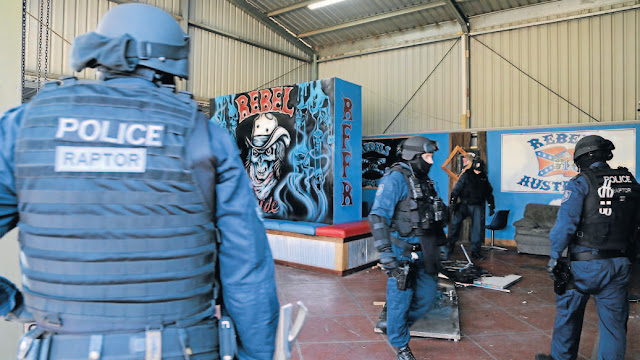 Operation Morpheus is a National Anti-Gangs Squad initiative, combining the resources of all Australian state and territory police agencies and key Commonwealth agencies, to detect, deter, and disrupt any illicit activity of motorccyle members and associates.

During the operation – which began in Queensland and travelled through Moree, Dubbo, Parkes and Albury – seven people were issued court attendance notices for a range of offences, including possess prohibited drug, possess drug equipment, drive while suspended, assault police, and custody of a knife in a public place.

“We know outlaw motorcycle gangs are not confined to one particular state or criminal activity, and, by working together with our interstate colleagues, it allows us a united front to further disrupt their criminal enterprises,” she said.

As part of our proactive strategies, we had several  members turn back near Moree to return to Queensland. In fact, attendance for this event was significantly lower than previous years.

“As part of our proactive strategies, we had several Rebels MC members turn back near Moree to return to Queensland. In fact, attendance for this event was significantly lower than previous years."

“We make no apology for conducting these operations. If you are an motorcycle club member and commit any illegal activities in NSW, you should expect to deal with our Strike Force Raptor officers.”