Pittsburgh, PA (October 27, 2018) BTN — Pittsburgh Mayor Bill Peduto on Friday pushed back against Allegheny County District Attorney Stephen A. Zappala’s characterization of the city police investigation of a brawl between undercover officers and members of the Pagans motorcycle club. 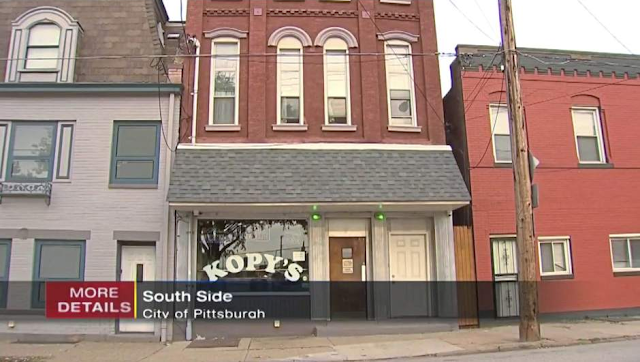 Mr. Peduto called Mr. Zappala’s statement that he had problems with police management “disappointing” and “unfortunate,” and said he had not yet decided whether the undercover detectives used appropriate force when they fought with four Pagans in Kopy’s Bar on the South Side on Oct. 12.

“What I saw is troubling, with the actions of escalation of force that didn’t seem to be warranted, but without full evidence of what actually happened, it’s very difficult to make that judgmental call,” Mr. Peduto said. “And a district attorney’s role is to investigate first, then comment; not comment and then do an investigation.”

Mr. Zappala said Thursday that Pittsburgh police initially turned over only a small part of the video evidence  in the case, and that his office did not receive the rest for more than a week. Mr. Peduto said Mr. Zappala received all the evidence he wanted within 48 hours of the request.

“I can understand why he would want information immediately, but some of that had to be obtained by our officers, such as the cameras, the video, and then compiled to be able to give that to him,” Mr. Peduto said. “I think 48 hours is a fair amount of time.”

But Mr. Zappala’s spokesman, Mike Manko, said Friday it took far longer than 48 hours. The DA’s office requested the evidence Oct. 18 and received it Wednesday -- a day after the office was forced to postpone a scheduled preliminary hearings for the Pagans. Additionally, Mr. Manko said, body camera footage was delivered late Thursday afternoon.

“These requests are memorialized in dated emails,” Mr. Manko said.

Mr. Peduto also said Kopy’s Bar was frequented by motorcycle gangs and that area is “suspected of being a major trafficking area of illegal drugs.”

Mr. Manko said police evidence does not support that characterization of the bar, and an attorney for the bar, George R. Farneth II, said Friday it’s simply not true.

“We categorically deny that allegation and would encourage the mayor to come forward with all the evidence he has to support such an allegation,” Mr. Farneth said. “Short of doing that, this is a veiled attempt to cover for a police department for his city that in a lot of respects is out of control, as evidenced by these police officers.”

Mr. Farneth said the bar has not been cited by the Liquor Control Board or has needed to call police for more than a decade. Mr. Farneth said Kopy’s Bar is not frequented by bikers.

Six members of the Pagans motorcycle club were there Oct. 12., and four left in handcuffs. Frank Deluca, Erik Heitzenrater, Bruce Thomas and Michael Zokaites each face several felony charges as a result of the fight, which their attorneys contend was started by intoxicated undercover detectives.

Detectives Brian Burgunder, David Honick, Brian Martin and David Lincoln had been drinking in the bar from 7:33 p.m. until the fight about 12:40 p.m., surveillance video shows.

Police officers are prohibited from drinking alcohol while on duty, but Mayor Peduto said Friday there is an unwritten understanding that undercover officers can drink while on the job to maintain their covers.

“That being said...someone would be expected while doing undercover work to be able to consume while still being able to properly respond,” he said. “And not being in a situation where the intoxication level would jeopardize themselves or other officers. That’s what we’re looking at right now. There isn’t a policy in place, it’s a common sense call.”

Attorneys for the men arrested say each of the undercover detectives drank between 13 and 19 drinks, many on the rocks, before the fight broke out.

The mayor said he’s asked Pittsburgh police Chief Scott Schubert and Public Safety Director Wendell Hissrich to create an alcohol policy for undercover officers by looking at how other cities handle the matter.

Mr. Farneth on Friday called on police to be more transparent and said they should release body camera footage from uniformed officers who responded to the fight to resolve any lingering questions about how the incident and subsequent investigation were handled.

The affidavit in the case, written by Detective Burgunder, was not finished and filed in City Court, Downtown, until 1 p.m. Oct. 12 -- nearly 12 hours after the fight. The document was approved by the District Attorney’s office about 11 a.m.

That timeline appears to violate Pittsburgh police policy, which typically requires officers to finish reports before the end of their shifts. Defendants cannot be arraigned or processed at the jail until the police affidavit is filed. Court records show the Pagans were arraigned about 6:40 p.m. Oct. 12.

Pittsburgh police spokesman Chris Togneri would not say Friday whether Detective Burgunder was granted permission to wait to file the paperwork. Elizabeth Pittinger, executive director of the Citizen Police Review Board, said Friday the end-of-shift policy helps ensure that officers can accurately recall what happened.”

“I think it’s inappropriate that it was filed so late and I believe it’s also contrary to the policy expectation that the report be completed prior to the end of shift, and with the rare exception and with a supervisor's approval,” she said.