Charleroi, Pennsylvania, USA (July 19, 2019) BTN -A 10th suspect has been arrested in a brutal assault by alleged members of the Pagan's Motorcycle Club at a Charleroi social club in April.

Online court records indicate the suspect who solicited the assault, Brian A. Keruskin, 57, of Charleroi, was arrested Tuesday afternoon and sent to Washington County jail without bond. 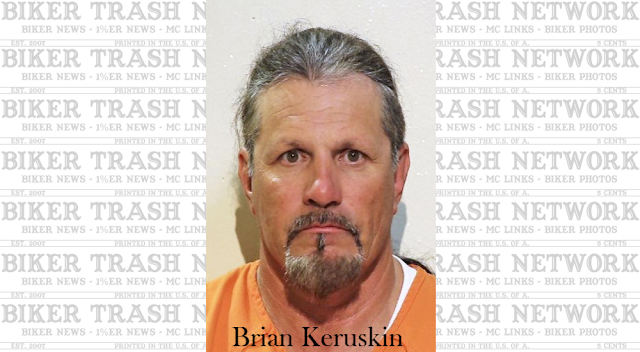 Testimony at a preliminary hearing that morning for six other suspects in the case showed that Keruskin talked on the phone after the assault at the Slovak Club with the man who let the group of Pagan's into the bar at 700 McKean Ave.

“I told him it was really bad,” Zachary Yagnich, 26, a club officer testified about his conversation with Keruskin.

Prosecutors have not revealed a motive in the April 18 assault of Troy Harris, who had left the Pagan's to join a rival group known as Sutars Soldiers.


Harris suffered severe trauma to his head, causing him to have a stroke and cognitive problems, his wife, Michele, testified Tuesday.

District Judge Larry Hopkins, who presided over Tuesday’s hearing, found sufficient evidence to hold the six suspects for trial, and he sent them all back to area jails without bond.

The suspects who were charged with attempted homicide and other offenses are: Corey Volk, 24, of West Newton; Paul Cochran, 54, of Charleroi; John Sadvary, 39, of Penn Hills; Matthew Vasquez, 30, of Monessen; Joshua Pagliei, 43, of Monongahela; and Jason Huff, 40, of Plum.

Yagnich also faces an attempted homicide charge, and he has waived his case to court. Vasquez’ fiancée at the time, Jamie Granato, is awaiting a preliminary hearing on charges including conspiracy.

Keruskin and another suspect who was arrested in the case this week, Joseph Olinsky, 45, whose address was not immediately known, are scheduled to appear for a preliminary heating at 10 a.m. Aug. 7 before Hopkins.

All of the cases remained sealed Wednesday.

Keruskin was sentenced in October 2002 to 27 months in a federal prison after pleading guilty to one felony count of assault with a dangerous weapon, online court records show.

He was among 73 Pagan's who carried out a surprise attack on a group of Hells Angels at a motorcycle and tattoo exposition in Long Island in February of that year. One member of the Pagan's died in the attack.