Charleroi, Pennsylvania, USA (July 17, 2019) BTN - Six members of the Pagan's Motorcycle Club have been charged with attempted homicide after allegedly attacking a former member inside a bar in Charleroi, authorities said.

Surveillance video of the attack, which happened in April inside the Slovak Club, was shown in court Tuesday as the six men faced a judge. 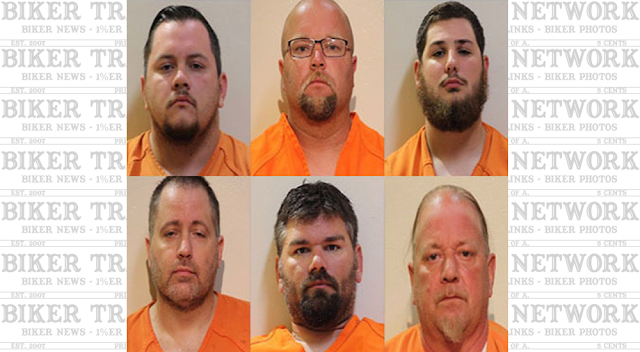 The video shows the victim and his wife sitting at the bar. When the men walked in, the victim can be seen reaching out to shake hands before being punched, kicked and stomped on.

The attack lasted less than a minute, police said.


The victim, a former local chapter president of the Pagan's who is now with another motorcycle club, was flown to a hospital. He continues to recover.

Defense attorneys for the suspects argued Tuesday that the video does not capture what is happening on the ground.

The victim’s wife testified she crawled between the suspects’ kicking legs in an attempt to get to her husband.

“I went for my gun because I was afraid they were going to kill him,” she said.

The victim’s wife said her husband suffered a traumatic brain injury, two broken eye sockets, a broken nose and had a stroke. He now walks with a cane.

All six men charged in the attack are being held without bond. In addition to attempted homicide, they are charged with conspiracy.

Two more members of the Pagans have been arrested and their hearings are in August.