Regina, Saskatchewan, Canada (July 19, 2022) - Regina police say they have arrested and charged multiple people believed to be members of a motorcycle club while a another investigation netted a large quantity of drugs.
Over the course of a couple of weeks, police executed nine search warrants in Regina, including the Rock Machine MC clubhouse, as part of an investigation led by the unit. 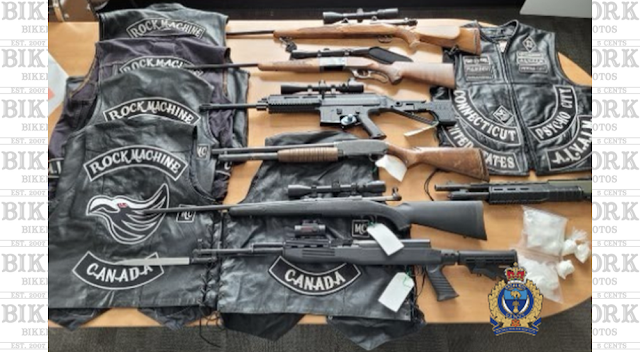 Multiple charges were laid against six people, including three “Members of the Rock Machine” according to police. The three men all made their first appearance in Regina Provincial Court.