First, why would the task force invite a partisan — and, some claim, divisive — figure to speak to state law enforcement officers at their annual conference in April? 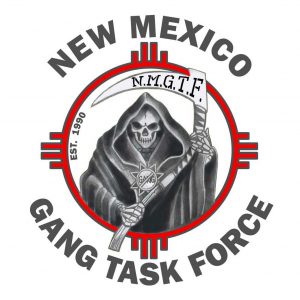 Second, exactly what is the New Mexico Gang Task Force? Answering the first question may be easier than the second.

The organization responded to reporters’ questions about Clarke, the former sheriff of Milwaukee County, with a written statement that also was posted on its website. The task force’s bottom line: Clarke’s 15 years in law enforcement, a career critics say has been pock-marked by outlandish statements and right-wing politics — though, he was elected as a Democrat — would be valuable to share with those in the profession.

However, neither of the only two officials listed on the group’s website — Dana “Duke” Kouri, the task force’s program manager, and “gang specialist”

Antoinette Apodaca — responded to repeated phone calls and emails asking about the structure, financing and history of the gang task force.

New Mexico State Public Safety Secretary Scott Weaver said last week that for years his department was the pass-through agency that received funds from the Edward Byrne Memorial Justice Assistance Grant Program and distributed them to the task force. But, Weaver said, beginning in fiscal year 2016, those funds dried up. It’s not clear how the task force has been funded since then.

Besides his involvement in the task force, Kouri is listed as executive director of the New Mexico Police Athletic League, a position he’s held since the 1990s. According to his LinkedIn page, he’s also worked at former Bernalillo County Sheriff Darren White’s private investigation company and is a certified police instructor at the state Department of Public Safety.

Although the invitation to Clarke was blasted by at least two major police agencies in the state, even those agencies that were critical had mostly good things to say about the task force’s training programs and its role in facilitating the sharing of intelligence about gangs among various law enforcement agencies.

The subject of gangs is a big one in New Mexico. Between the late 1980s and late ’90s, reports of gang violence were commonplace in New Mexico media. In Santa Fe, that culminated in the 1997 gang shooting on the Plaza during La Fiesta de Santa Fe that resulted in the death of Carlos Santiago Romero, 19. Two others were injured by gunfire that night.

Though gang-violence eruptions have declined in the years since, those in law enforcement say it never went away. The New Mexico Gang Task Force’s website says, in fact, that it’s gotten worse.

“The gang problem in New Mexico has escalated in the last two decades from relatively traditional neighborhood gangs, found primarily in the state’s urban areas, to criminal gangs statewide,” the site says. “New Mexico’s gangs have evolved and continue to be more mobile, more violent, and more involved in high-level criminal activities.”

The FBI-established National Gang Intelligence Center, in its most recent report in 2015, said “gangs of all types remain steadfast in their objectives to generate revenue and gain control of the territories they inhabit; and in their dedication to these objectives, gangs continue to grow in numbers and expand in their criminal activities.”

That report doesn’t break down statistics by state. It does mention one New Mexico incident, a fight between members of the Banditos and Wheels of Soul motorcycle clubs in March 2015 at an Applebee’s restaurant in Albuquerque. One Wheels of Soul member sustained a nonfatal gunshot wound. He refused to cooperate with authorities during the investigation.

According to the New Mexico Gang Task Force website, the main goal of the group is to provide federal, state, local and tribal law enforcement agencies with training, information and funding to enhance interdiction and enforcement efforts with the goal of reducing criminal gang activity, including narcotics trafficking, throughout the state of New Mexico.

Other goals include training on gang activities and interdiction techniques, compiling data on gang trends and becoming “the centralized clearinghouse for New Mexico in the area of juvenile and gang violence,” according to the website.

Gilbert Gallegos, a spokesman for the Albuquerque Police Department, said his agency has been a member of the task force since its inception in the late ’90s.

There are no annual dues for an agency to join, Gallegos said, except for training. The task force’s website says there is an $80 charge for each officer participating in this year’s conference in April. Closer to the event, the price goes up to $100.

The Albuquerque Police Department “shares gang intelligence with other New Mexico agencies and other out-of-state agencies on our network,” Gallegos said. Federal grant funding has been used to cover the costs of joint overtime operations targeting gang activity, he said.

“The biggest benefit is a shared interactive computer database on known gang members and their associates documented in the system,” Gallegos said. “This program has been instrumental in criminal investigations in identifying unknown suspects based on such characteristics as gang membership, tattoos, gang clothing and colors.”

Santa Fe police spokesman Greg Gurule said the department has benefited from information shared by the task force. He said a series of armed robberies and other crimes last year were carried out by a group of youth, some of whom were linked to Albuquerque gangs. 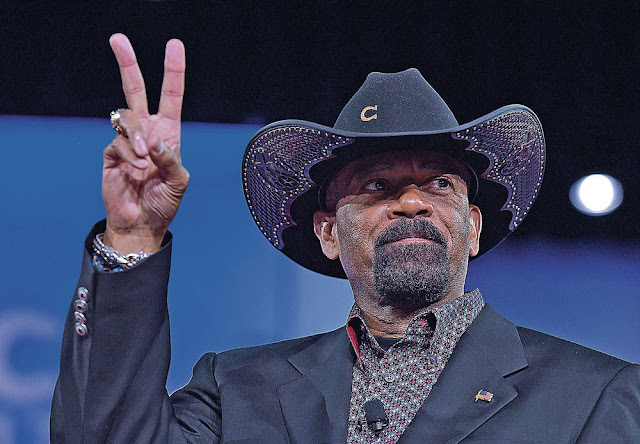 “The investigation resulted in seven arrest warrants being issued and confirmation that Albuquerque gangs such as the Only the Family [OTF] and the Get Hard Crew were operating in Santa Fe,” Gurule said. “If it weren’t for the sharing of information between agencies and collaboration through the New Mexico Gang Task Force, these gang members would have gone undetected within the city of Santa Fe.”

Gallegos described the training offered by the task force as “state of the art.”

“This is training dealing with large criminal organizations,” Ríos said. “We’re not talking about the West Side Locos,” he said, referring to a Santa Fe gang that was active here in the 1990's. 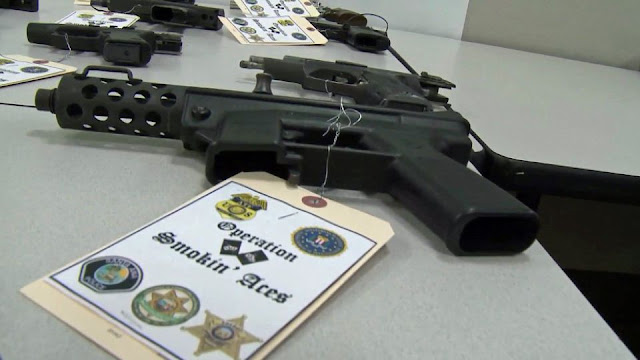 Attendance is limited to those who work directly for public safety agencies and city, county, state or federal departments. Identification is required. And, the website says, the task force “reserves the right to refuse ineligible attendees.”

The Clarke flap - David Clarke is a controversial figure these days.

The former Wisconsin sheriff, who ran as a Democrat, stepped down from the job last year to become a spokesman for a pro-Donald Trump political action committee. He has made a second career out of saying things that delight the hard right and anger liberals. An African-American, he has compared Black Lives Matter to ISIS. He’s also advocated for suspending habeas corpus for Americans suspected of terrorist sympathies. And just recently, he suggested that Florida high school students who are pushing for gun control legislation are being controlled by liberal billionaire George Soros.

His invitation to speak in New Mexico outraged some in law enforcement.

“I don’t know why the gang task force invited this guy. I disagree with that,” said Santa Fe County Sheriff Robert Garcia.

Garcia added that if the deputy he’s sending to the conference wants to “go hear this radical speaker, he’ll have to go on his own time and spend his own money. I’m not spending any taxpayer money on this.”

Gallegos, the Albuquerque police spokesman, said in a statement: “It’s disappointing that any New Mexico organization would invite someone with such a radical disregard for civil rights and human dignity to be a keynote speaker. This invitation sends the wrong message at the wrong time, as we bring back community policing and make progress toward restoring public trust in law enforcement.”

Nevertheless, Clarke is scheduled to speak twice at the conference at Isleta Pueblo — once as the keynote speaker for attendees and once at a $150-a-plate “VIP dinner,” which is open to the public.

Responding to criticism about the invitation last month, the task force released this statement:

“Each year we look for speakers who can provide a unique experience that officers can utilize in the training…Ex-Sheriff Clarke served the people of Milwaukee County for 15 years and politics aside, his experiences are invaluable to law enforcement everywhere. … The decision to invite former Sheriff Clarke was made by the [task force] training committee, a committee of 10 volunteers. We stand by our decision to have him as our keynote speaker.”