“They are worldwide and want to take over territory.”

He says biker activity and representation began to increase in the fall of 2017 and will become more visible this spring.

“We do know that there has been Hell's Angels that have been in town, and the Rock Machine has also been around town so we suspect that we are going to see them here,” adds Charmley. 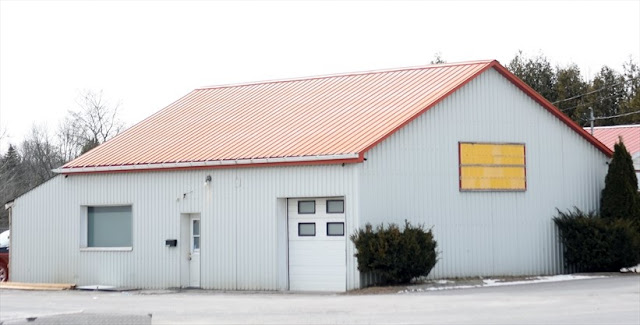 Peterborough Police say Outlaw Motorcycle gang activity is expected to pick up in 2018. The Outlaws on Park and Perry streets burned to the ground last March, but they have relocated to this clubhouse on Parkhill Road East. - Todd Vandonk/Metroland

Last March the former Outlaws clubhouse at the corner of Perry and Park streets burned to the ground in a suspected arson.

Charmley says the investigation is ongoing.

“You don’t get a lot of people wanting to talk to the police about what happened,” he says, adding he doesn't think the arson is a result of bikers fighting for turf.

The Outlaws has since moved to a less visible clubhouse located on Parkhill Road East.

There’s been little activity there accept at the end of last year when the clubhouse held a memorial for one of its members. He says the other criminal organizations haven’t officially set up shop in the city.

“Not a clubhouse but we are suspecting that can happen this year and that there could be another motorcycle club in town,” Charmley explains.