Limburg, Belgium (March 7, 2018) BTN — Police raided the club houses of the Hells Angels motorbike club in Lanaken and Genk in Limburg on Tuesday night seizing an impressive collection of weapons. The searches formed part of a massive police operation and an investigation by federal prosecutors across Belgium and the Netherlands. 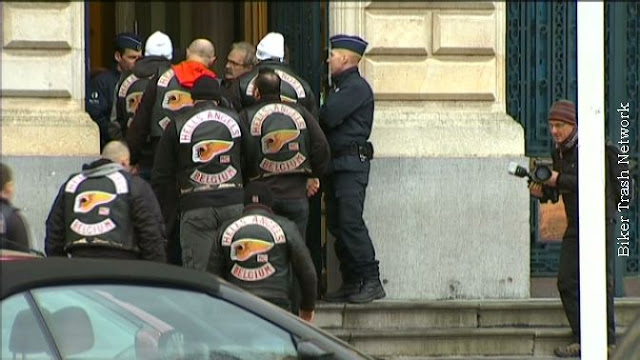 In all sixteen other premises across the country were raided. 12 people were detained in total. Police encountered an impressive arsenal of guns and ammunition. In all fifty weapons were seized including a rocket launcher, eight firearms and 800 rounds of ammunition. Bullet proof vests with Belgian police logos were also impounded. BikerTrashNetwork. 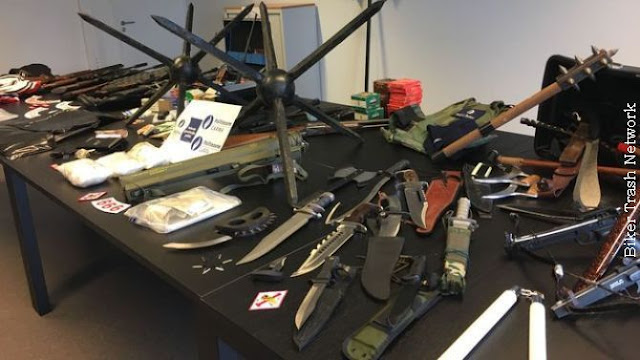 A series of violent incidents involving members and non-members and extortion, drugs and arms trafficking and organised crime triggered the investigation. The investigation is also linked to a drugs enquiry that started last December and involved nine house searches in Belgium, the Netherlands and Germany.