Nova Scotia, Canada (March 22, 2018) BTN — The Crown may seek to appeal to the Supreme Court of Canada a ruling by Nova Scotia's highest court that quashed the convictions against one of the men accused in a Hells Angels murder nearly two decades ago.

Dean Daniel Kelsie, 45, was found guilty of first-degree murder and conspiracy to commit murder in the Oct. 3, 2000, shooting death of Sean Simmons in the lobby of an apartment building in north-end Dartmouth.

But last December, his convictions were overturned by the Nova Scotia Court of Appeal and a new trial ordered. 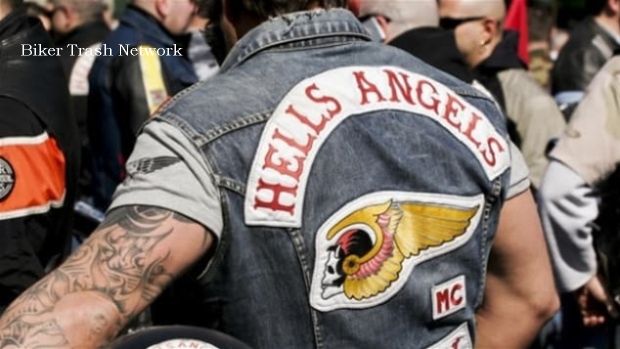 On Thursday morning, Kelsie was brought into Nova Scotia Supreme Court to provide an update on his status. He told the judge his case has stalled because the Crown is still considering whether to appeal the Court of Appeal ruling to the Supreme Court of Canada.

"I think it's going to be pursued," Crown prosecutor Peter Craig said in reference to a possible appeal. "The ultimate decision hasn't yet been made."

Kelsie said until the Crown makes a decision on appeal, "My situation is stagnant."

"Three judges already quashed my sentence after 18 years in prison," Kelsie said, referring to the three-member Court of Appeal panel who ruled in December. Kelsie has been in custody since his arrest in 2001.
At Kelsie's first trial in 2003, the jury heard that Simmons was shot to death because he'd allegedly had an affair with a Hells Angel. Kelsie was accused of pulling the trigger.

Two other men, Neil William Smith and Wayne Alexander James, are both serving life sentences for their roles in Simmons's killing. A fourth man, Steven Gareau, was set free last month after a judge ended the prosecution against him.

Gareau had been twice found guilty of first-degree murder, but both convictions were overturned on appeal. Last month, Justice Campbell ruled that it would be unfair to subject Gareau to a third trial.

On Thursday, Kelsie told Justice Glen McDougall that Toronto lawyer Philip Campbell has agreed to represent him in his new trial, but that Campbell was unable to appear with him on this occasion.

Without Campbell present, McDougall agreed to a request to put Kelsie's matter over for two weeks to allow time to sort things out.