Edmonton, Alberta, Canada, (March 13, 2018) BTN — The trial of an Edmonton Hells Angel and two associates scheduled for April will be delayed as the three fired their lawyer in BC Supreme Court in Chilliwack on Monday.

Neil Patrick Cantrill – who goes by “Nitro” in a Nomads Chapter of the Alberta Hells Angels – is charged with aggravated assault, kidnapping without the use of a firearm, unlawful confinement or imprisonment, extortion, attempting to choke to overcome resistance, and possession of non-firearm knowing unauthorized. 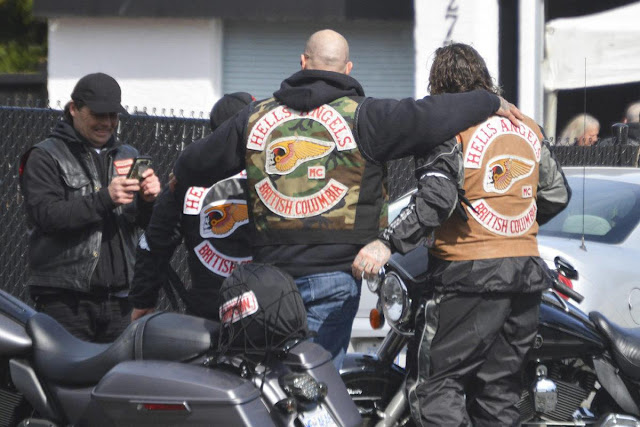 Charged alongside Cantrill in the alleged incident from Hope in August 2016 is Stephen Cantrill and Robert Lowry. A publication ban prevents any details of the case to be reported at this time.

The matter was scheduled to go to trial on April 9, but the Edmonton-based lawyer for the men, Jake Chadi, appeared via telephone in Chilliwack on March 12 to apply to be removed from the case as the Cantrills and Lowry want a new lawyer. Biker TrashNetwork

“My clients have lost confidence in my services,” Chadi said.

The three men said they are looking for a local lawyer, and should have one by next week but there would not be enough time for he or she to get up to speed by the April 9 court date.

Crown counsel Grant Lindsey pointed out any further delay in the case is as a result of defence so the Jordan principle, which addresses court delays, would not be in effect.

Neil Cantrill, 59, has a long history with the courts, and was once convicted of illegal possession of live rattlesnakes and fined $1,000.

In 1998, he faced much more serious charges after a man claimed three men, one in Angels colours, stormed his home and forced him to hand over property for a debt, according to a Jan. 28, 2001 article in the Edmonton Sun. Those charges were later stayed.

And according to Vancouver Sun gang reporter Kim Bolan, Cantrill was accused of a large methamphetamine production operation nine years ago in Alberta. He was alleged to have supplied the White Boy Posse.

In 2003, he faced further weapons and drug charges that were later dropped due to an invalid warrant, Bolan wrote in 2016 in her blog on gangsters.