Chris Coelho, who was an integral part of the Hells Angels legendary rock n’ roll festivals in Broadford, was killed in a car accident near Kew on Friday.

His wife, Dee, said it was a shock and that her husband had also been battling health issues for some time.
But Dee said he would be remembered for the mark he left, especially on the Australian music scene. 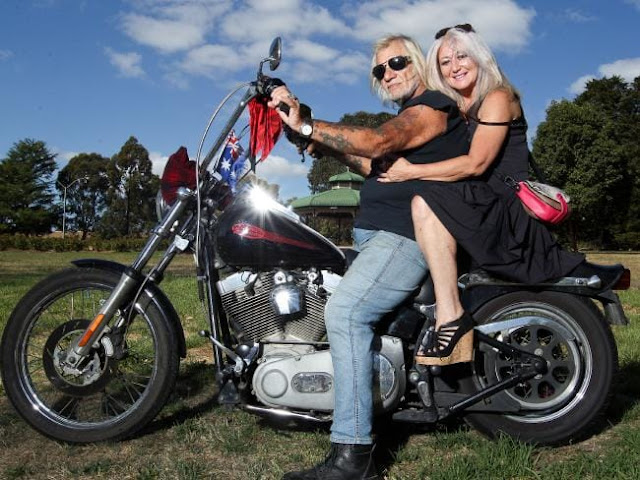 “He lived a great life. It feels like it’s been cut short by this happening.

“Chris was a wonderful and genuine man. He took part in life and lived it to the fullest. 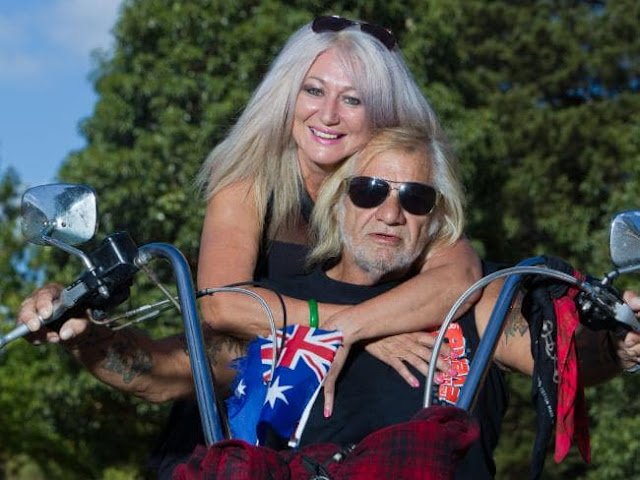 “He was spontaneous. He liked to have parties and have fun and was also very protective of people.

“I’m amazed every single day with some of the events he was a part of. He had created very special moments for people.’’

The life of an outlaw did have its moments.

In the early years as an outlaw bikie, Coelho wore a chrome helmet and was nicknamed “Ball Bearing’’. It stuck. The avid Harley Davidson rider and guitar player had travelled the world and met the famous and infamous. Among them was riding across America with the Hells Angels’ most notable member “Sonny’’ Barger.

And Coelho would regale stories of a singalong with his musical heroes Johnny Cash, June Carter and Willie Nelson in a hotel room. But he also had other moments. 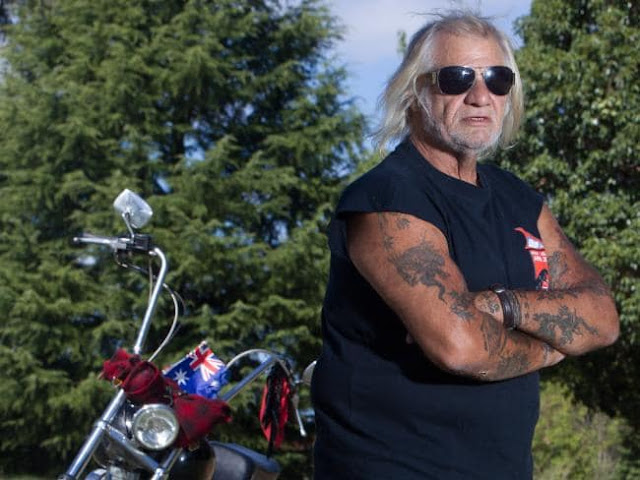 Coelho lived through an internal Hells Angels split turned violent over the production of speed.

He would survive the conflict, but not before he was shot in the chest.

Aged 68 Coelho retired from the Hells Angels in 2012 after 42 years membership of the world’s most infamous outlaw motorcycle club. He had been an office bearer, including a chapter president.

But as a new breed of bikie entered the club, Coelho knew his time as an Angel was over.

He handed in his “colours’’ soon after his public arrest following a raid by police on the Angels’ Melbourne clubhouse in Fairfield. In a show of force, police had ripped off the front gates to the Heidelberg Rd chapter which was adorned with the Hells Angels “Death Head’’ insignia.

Coelho was charged for being in possession of a small amount of cannabis and an ornamental gun.

As he was escorted from the clubhouse, Coelho would have one last surprise for police investigators, who at the time were attempting to thwart a war with the Bandidos.

They all knew of “Ball Bearing’’ and as they escorted him towards the front door to cuff him, he requested to take a jacket from the cloak stand. 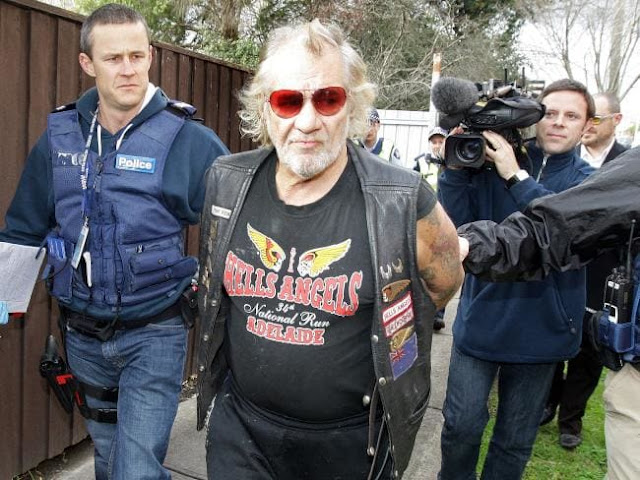 Chris “Ball Bearing’’ Coelho was arrested during a police raid.

Among the hoodies and jackets, he picked out his Hells Angels cut (vest) as a media throng waited outside.

It was his last public act of defiance as a Hells Angel.

Coelho has been part of the fabric of Australian music in stories told by bands such as Midnight Oil, who had played at the Broadford festival organised by the bikie club in the 1980s. Oils drummer Rob Hirst would tell of an arrow, shot into an office in Manly, and an attached note demanding they play the gig.

The note was signed “Ball Bearing”.

When they arrived in Broadford as requested, they would play until “Mr Bearing’’ raised his finger.

In 2013, Coelho told the Herald Sun his time as a Hells Angel had to end but remained friends with many of them. Part of his reasoning to “retire’’ was his impending marriage to Dee, 20 years his junior. He was also adamant he wanted no part in any emerging conflict with the Bandidos at the time.

His timing was impeccable. Within weeks the Bandidos’ Toby Mitchell had been ambushed and shot by Hells Angels. After their wedding in 2013, they rode through the middle of Australia. Coelho draped his Harley’s handlebars with Australian flags. Dee rode a smaller Harley alongside him.