Pattaya, Thailand (December 7, 2017) — A huge police operation swooped on five locations in the Pattaya area and arrested eight Hells Angels members. They all face at least expulsion from Thailand and possibly a lot more after police claimed they were a threat to Thai society and discovered a cache of guns, knives and ammunition.

Two cars were also seized in the raids at housing estates across Bang Lamung and Nong Prue.

The operation was mounted by the tourist police headed by chief Surachet Hakpan who has been tasked by the Thai government to clear up the foreign trash masquerading as tourists. 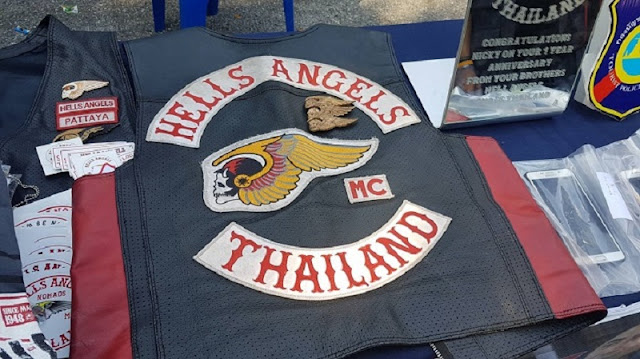 Surachet's men were assisted by 191 special branch, drugs suppression officers and cops from the Pattaya and Nong Prue stations who all appeared at tourist police HQ yesterday to announce the news.

Three of the men arrested were Australians and one Canadian. The nationalities of the other four were not reported yet.

Police recovered 9mm guns, BB guns, a host of knives and ammunition. An Audi sports car and a Ford G-T were also seized - the cars and all the individuals will be DNA tested to prove their link to crime. 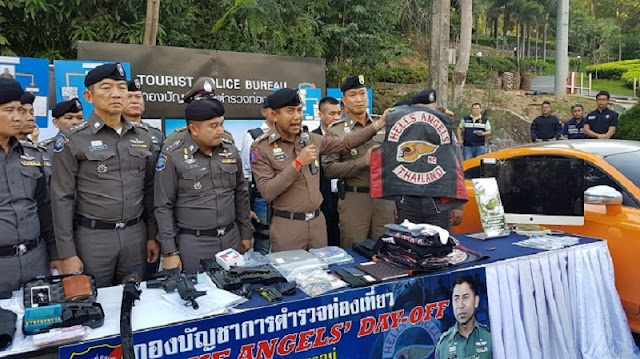 Police say the arrests are over money laundering, extortion and human trafficking. Penalties if those offences are proven could be severe.

But so far the eight individuals have had their permission to be in Thailand revoked with their visas removed.

The operation was given the title in Thai of "Clipping the Wings of the Angels".