Odessa, FL (December 22, 2017) — Pasco County deputies are investigating a shooting death near the intersection of the Suncoast Parkway and State Road 54.

Sheriff Chris Nocco said the shooting is related to motorcycle club activity and releases photos of the suspects. "This shooting, thank God an innocent person was not killed," said Sheriff Nocco. 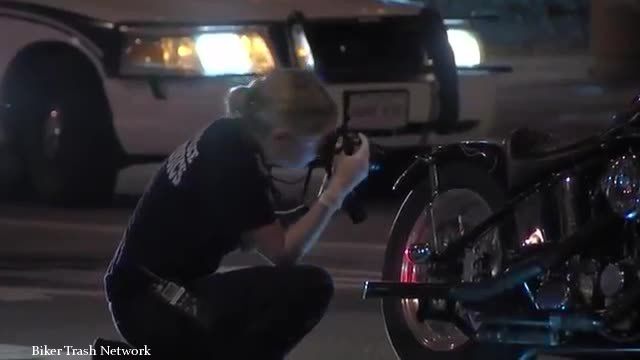 A witness heard three loud "pops" and saw the driver of a truck slumped over. Investigators have not released the identity of that driver but tell us he was a documented motorcycle gang member.

PCSO is now asking anyone with information to come forward about the two people who fired the shots, seen riding motorcycles with the tags covered up.

Sheriff Nocco says it appears this was an internal issue and the victim was targeted. 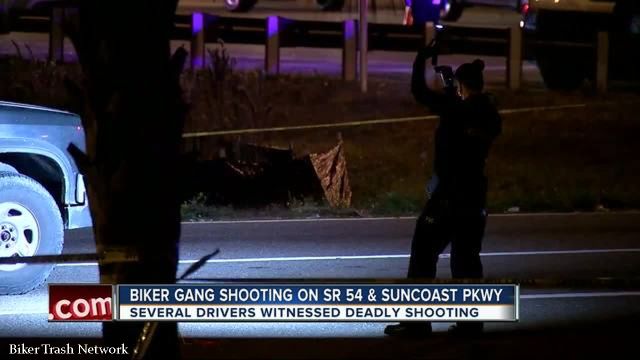 However, he warned about the impact escalating biker gang violence has on the community.

"We're concerned about that one bullet that doesn't hit its target and hits the wrong person, hits an innocent person that's just trying to live their lives," said Sheriff Nocco.

Some portions of both roads remained shut down hours after the deadly shooting. Many drivers were forced to take alternative routes or wait in an area that already experiences heavy rush-hour traffic.

"We were about 20 minutes late, there's just an incredible amount of traffic on the highway here and we're just stuck at light after light," said Matt Devine, who was stuck on S.R. 54 trying to get to a family dinner.