New South Wales, Australia (December 10, 2017) —  RIVAL bikie clubs engaged in bloody warfare for decades are burying the hatchet and merging into super clubs to chase millions in criminal profits. Police have seen an outbreak of co-operation as notorious bikie clubs headhunt the best money launderers and drug dealers from rival firms or share their skills and expertise.

In a recent report, the powerful NSW Crime Commission said the highly organised gangs are difficult to police because “much of the organisation is co-ordinated offshore”. Police have seen an outbreak of co-operation as notorious bikie clubs headhunt the best money launderers and drug dealers from rival firms. 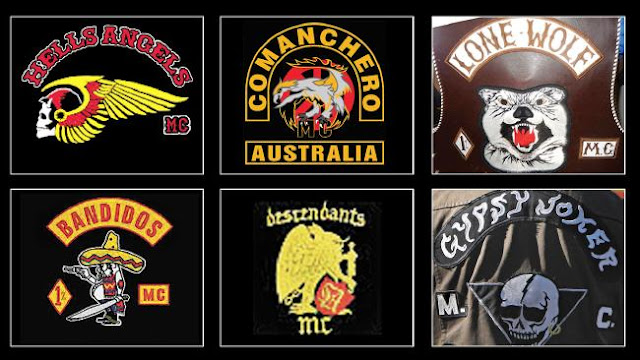 The report found one-time fierce rivals such as the Hells Angels and Comanchero — the two clubs involved in an infamous fatal brawl at Sydney airport in 2009 — had decided it was more lucrative to be in bed together on “significant criminal enterprises”, including international drug shipments.

“Co-operation among organised crime groups is flourishing with traditional animosities between such members or associates as the Hells Angels Motorcycle Club, the Comanchero Motorcycle Club and the Lone Wolf Motorcycle Club diminishing,” the Crime Commission said.

Bikie clubs are joining forces to gain access to millions in criminal profits.

“At the upper level they are quite prepared to work together to progress their criminal activity and they’ll seek out facilitators — that could be accountants, anything at all,” Detective Superintendent Wallace said.

“At the bottom level they rely on that brotherhood, that romantic side, because they need to recruit people to do their dirty work. The whole ethos that you’re a particular chapter forever, is gone. (Bikie clubs) are certainly alive and well, they’re just morphing into a different look, more like organised crime than a group of bike riders.” 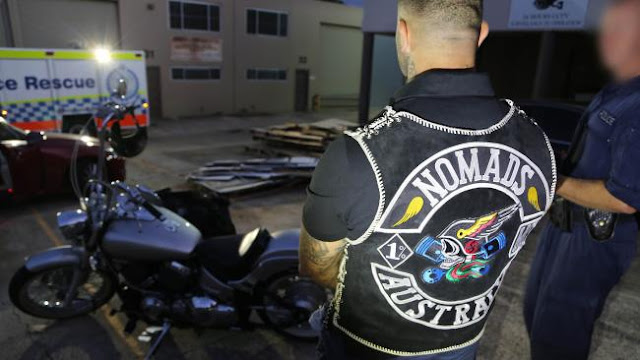 Police have cracked down on bikie gangs across Australia.

A recent police restructure merged the Middle Eastern Organised Crime and the Gangs squads into the one Criminal Groups Squad, reflecting the merging of bikies with other organised criminals.

“Many groups that previously operated in isolation now work collaboratively to access broader distribution networks and ultimately maximise profits,” its ­August organised crime report said.
Police have merged the Middle Eastern Organised Crime and the Gangs squads into the one Criminal Groups Squad as bikies join other organised criminals. 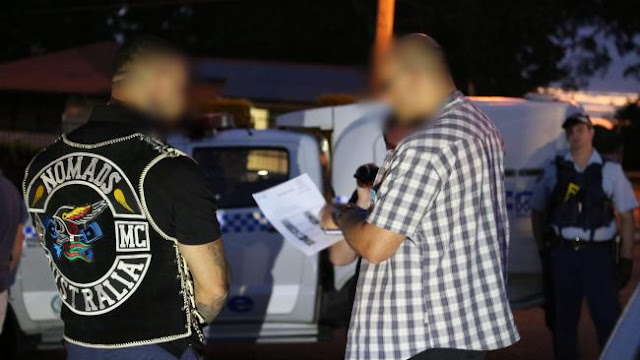 But Western Sydney University organised crime lecturer and former detective Dr Michael Kennedy said police should be under no illusion that the bloodshed between bikie clubs was over.

“They’ll just come together on a business deal,” Dr Kennedy said. “They’re not friends, they’ve got nothing in common and they’ll kill in order to make money. They will walk over each other to get the result they want.”

“They will walk over each other to get the result they want.”

A fatal 2009 brawl in Sydney Airport between the Hells Angels and Comancheros was a turning point in the fight against out-of-control bikies, prompting immediate action from state and federal politicians.
Police have swooped on several bikie gangs this year. 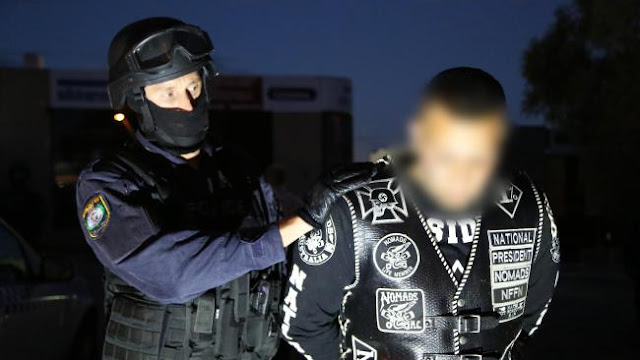 Hells Angel Anthony Zervas was bludgeoned to death in front of stunned travellers and one-time Comanchero boss Mahmoud “Mick” Hawi was convicted of his murder.

There has not been an all-out bikie war since 2012, after forces such as the bikie-busting Strike Force Raptor smothered the club culture of guns, bikes, tattoos and grimy headquarters.

Raptor has closed more than 60 clubhouses, confiscated more than 1300 firearms and put more than 3700 bikies before the courts.

But bikies are determined to survive as they pursue profits in Sydney’s booming drug market, where there are astronomical mark-ups for drugs like cocaine, particularly in the affluent eastern suburbs.

Quarterly crime figures released yesterday showed cocaine use and possession up an average 160 per cent in each of the last two years in the Waverley LGA.