Joliet, IL (December 9, 2017) —  Hours before Kaitlyn Kearns was killed, the 24-year-old bartender was serving drinks to customers, including her boyfriend, on a Sunday night last month at Woody’s Bar in Joliet when her boss called and told her it was time to close up shop, authorities said.

Video from the bar shows that when the call came in, Kearns’ boyfriend, Jeremy Boshears, argued with Kearns in person and her boss over the phone. After arguing, he slammed the phone down and left, Will County Deputy Chief Dan Jungles said. 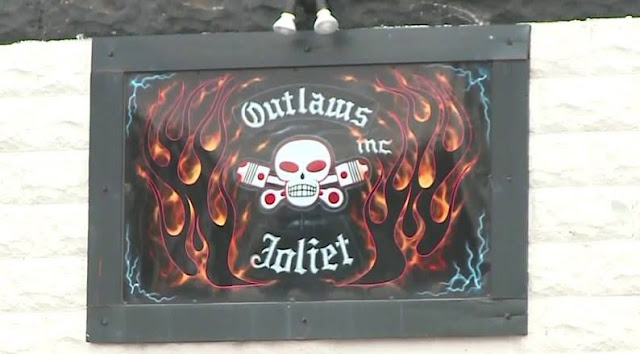 A short time later, Kearns would be shot once in the head.

Investigators say Boshears killed her and tried to cover it up by hiding her body and her car.
Boshears, who authorities have said is a member of the Outlaws Motorcycle Club in Joliet, was indicted Wednesday on three counts of murder and one count of concealing a homicide.

The 32-year-old Coal City man appeared in court Friday with his attorney, Neal Patel, and pleaded not guilty. He is being held in the Will County Adult Detention Facility on $10 million bail.

Jungles said Kearns, of New Lenox Township, and other bar patrons were hanging out having drinks on Nov. 13 when her boss checked out video surveillance images and saw people still in the bar after closing time. Her boss, who was able to monitor the cameras off-site, called to tell Kearns the bar should be closed and that everyone had to leave.

Video shows a “clearly enraged” Boshears grabbed the phone from Kearns and began arguing with Kearns and her boss before slamming down the phone and leaving, Jungles said.

Boshears then drove himself to the Outlaws Motorcycle Club less than 2 miles down the road from the bar. Other bar patrons followed suit and video shows Kearns showed up at the club after she closed up the bar.

He would not comment on what happened after Kearns’ showed up at the club.

Kearns’ family reported her missing on Nov. 14. Authorities used “electronic means” to locate Kearns’ 1996 Jeep Grand Cherokee in a pole barn on private property in Kankakee Township. Kearns’ body was inside the vehicle.

Investigators do not believe other members of the Outlaws Motorcycle Club played a role in Kearns’ death, Jungles said. And though authorities initially rammed down the front door of the clubhouse entrance to execute a search warrant, Jungles said club members have been cooperative with investigators.

Patel on Friday told Will County Judge Carla Alessio Policandriotes he plans to issue subpoenas for evidence in the case.

Boshears has pleaded not guilty to first-degree murder Nov. 20.