Pittsburgh, PA (April 18, 2020) BTN — The owner of a South Side bar in which undercover city police officers and members of the Pagans Motorcycle Club fought in October 2018 has sued the officers, their chief and the mayor, saying the police started the fight and have a history of abusing people while their leaders have condoned it. 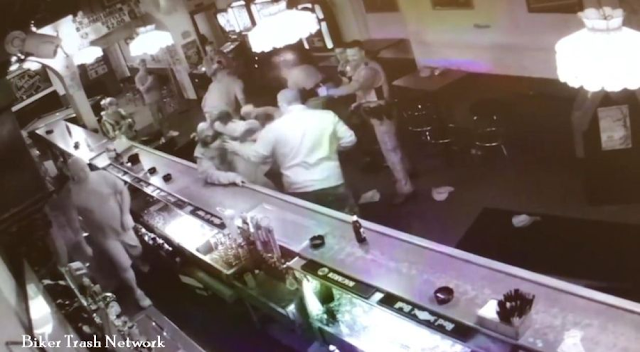 Stephen R. Kopy, owner of Kopy's Bar, said in the federal court suit that the officers escalated a tense situation with the Pagans MC before the fight erupted on Oct. 12, 2018, ignoring him when he told them the bikers weren't causing any trouble as they played pool in a back room.

When the punching began, he said an officer pepper-sprayed him without cause as he tried to shield other patrons. Later, he said, another officer tried to cover police actions by destroying a surveillance video of the incident, not realizing that copies had already been given to other parties, including lawyers for the Pagans MC.

Mr. Kopy and his lawyer, George Farneth, cited numerous other incidents of alleged abuse by Pittsburgh police, many of which have resulted in federal lawsuits.

The officers, according to the suit, "conspired and acted in concert with each other" to deprive him of his civil rights in the wake of the brawl. Chief Scott Schubert and Mayor William Peduto also made defamatory statements in defending the police and labeling his establishment as a "biker bar" and nuisance bar when it is neither, Mr. Kopy said.

In addition to the mayor, the chief and the city of Pittsburgh, the suit names Officers Brian Martin, Brian Burgunder, David Honick, David Lincoln, Matthew Turko, a detective identified only as Murray, and John Doe, an unknown officer.

The bikers said the officers instigated the fight after drinking all evening and into the night and then jailed them on false charges of having assaulted them. The district attorney's office withdrew the charges and several of the Pagans MC members later filed federal lawsuits against the police.


Video of the incident shows Officer Lincoln punching one of the Pagans MC members, Frank DeLuca, nearly 20 times in the face as another officer pins him to the bar. The FBI and the U.S. attorney's office reviewed the case for civil rights charges but said they found no basis for federal crimes.

The suit largely repeats claims Mr. Farneth and Mr. Kopy have previously made that the police were to blame and should be held accountable.

It says that the officers involved, and other city officers, have shown a pattern of abuse under the training of instructor David Wright and the supervision of Chief Schubert.

The suit says the police and their leaders are part of a "good old boy network" that protects police who violate civil rights with aggressive tactics and then cover their tracks with false affidavits and charges.

The suit cites numerous incidents of alleged police abuse, some of which involved officers in the Kopy's fight.

Among them are the case of Kyle Sholtis, of Uniontown, Ohio, who in a federal lawsuit filed last year said Officer Turko used a Taser on him without cause after a scuffle at the Cheerleaders club on Liberty Avenue in 2017. The suit also mentions Officer Turko in another incident in which he was accused in a federal lawsuit of beating a man during a traffic stop on the North Side in 2012. In that case, a federal court jury awarded the man $105,000 in damages.

The Kopy's suit is asking for compensatory and punitive damages and other relief, although no dollar figure is mentioned.

Spokesmen for the mayor and the police declined to comment on the suit.