Houston, Texas, USA (September 27, 2020) - A reported encounter between rival motorcycle clubs left a member shot and killed at a bar in northeast Harris County, according to deputies.

All this happened at the Hawg Stop Bar and Grill in the 11400 block of Sheldon Road at Garrett around 7:50 p.m. Saturday Night. 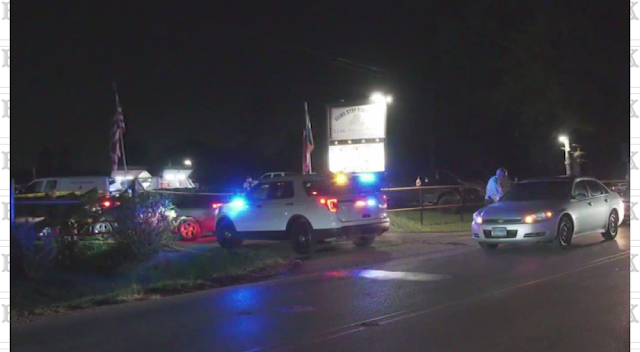 Deputies said they were working diligently to identify the shooter based on surveillance video, but said it may take longer than expected. While there were cameras inside the bar, the shooting occurred outside.

As of this writing, it's unclear how the fight started, but police investigators believe the shooting was a result of the clubs' ongoing rival with another motorcycle club.

.@HCSO_D1Patrol deputies responded to the 10050 block of Bammel North Houston Rd. in reference to a shooting. Two people were transported to a hospital with gunshot wounds, one of them is in critical condition. Investigators are en route to the scene. #hounews pic.twitter.com/g5hore1jcV
— HCSOTexas (@HCSOTexas) September 26, 2020

The victim had not yet been identified, but deputies described him as a white male between the ages of 35 to 40.