Evansville, IN, USA (September 18, 2020) - A raid by federal law enforcement agents in Evansville is having reverberations in the drug trade that reaches from Daviess County to Mexico.

U.S. Attorney for Southern Indiana Josh Minkler announced the raids in Evansville that led to the arrest of 17 people, most of them members of the Grim Reapers Motorcycle Club.

“Drugs, guns and money have been taken off our streets,” said Minkler."This is big news. This is a big win.” 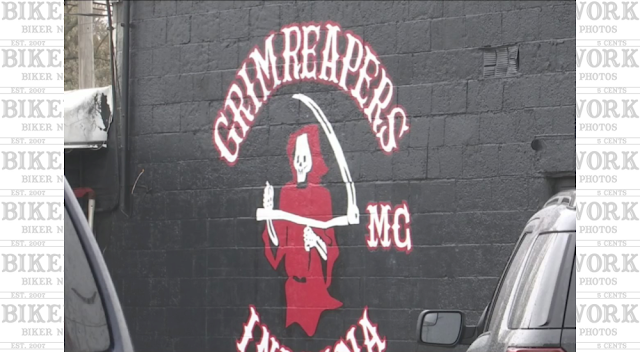 The raids in Evansville resulted in the confiscation of 23 weapons, the seizure of $35,000 and the recovery of 10 pounds of methamphetamine with a street value of $250,000.

“This is a huge victory for us,” said Drug Enforcement Agent Mike Gannon. “We’re going to identify every single one of you pushing this poison in our community. We’re going to use every resource we can and hold you accountable and put you where you belong, in jail.”

The raid is expected to have an impact on the drug trade in Daviess County.

“We do not have a direct link that we can trace to that group,” said Daviess County Sheriff Gary Allison. “But any time you can take a large amount of meth like that off the street in our region, it will have an impact. I am certain that if we were able to trace back the small bags that we recover that some of it would lead back to Evansville.”

Officials say Central Holman IV, 28, Owensboro, was the ringleader of the operation. Most of those arrested lived in Evansville and Owensboro although one man, Daniel Wiscaver, 61, Winslow, was also swept up in the raid. 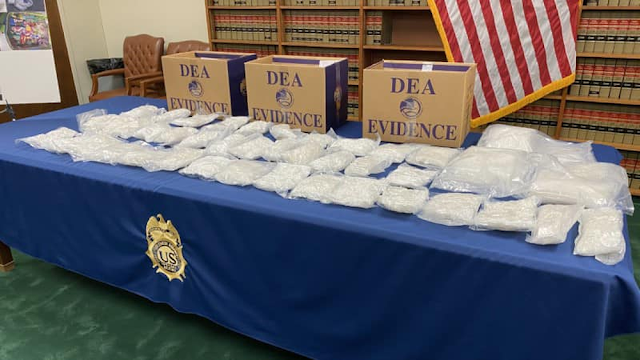 The arrests and raids in Evansville were part of a larger set of indictments on drug operations that reached into California and Mexico. Eleven defendants were indicted in Evansville on charges of conspiracy to possess with intent to distribute 500 grams or more of methamphetamine and fentanyl.

Those indicted include two fugitives from Mexico, five from California and one each from Washington state, Tennessee, Arizona and Ohio.

Authorities say the investigations resulted in seizures of 123 pounds of methamphetamine, 769 grams of fentanyl powder, 114 fentanyl pills, 500 oxycodone pills, 345 grams of heroin and $14,346 in cash.

“The aim of these types of investigations is to remove illegal narcotics and violent drug dealers from our community and country,” said Dan McClain, US Marshal, Southern District of Indiana. “This investigation is an example of the tremendous teamwork and comradery shown by all organizations involved from start to finish.”

“These results are the reason that we are involved with these federal investigations,” said Allison. “These raids will have reach out well beyond Evansville to impact the drug trade over a large area, including ours.”

But the sheriff says that even these big raids are not enough to stop the drug trade.

“I don’t think this will lead to people cooking their own meth again,” said Allison. “As long as there is a demand for meth someone new is going to step in and try to become the new supplier.”