Evansville, Indiana, USA (February 6, 2020) BTN - Seventeen people have been federally indicted for allegedly operating a drug ring in Indiana and Kentucky with ties to the Grim Reapers Motorcycle Club. 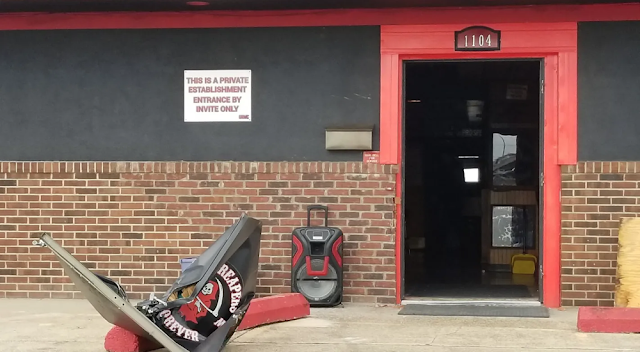 The following have been charged as part of Operation Reapin Benefits:

Some of the accused are members or associates of the Grim Reapers, which U.S. Attorney Josh Minkler called a criminal organization during a news conference Thursday morning in Evansville announcing the indictments.

Federal prosecutors believe Forston and Jason Wilson were the ringleaders of the group, which allegedly distributed methamphetamine in Evansville and nearby communities.

Forston, the Grim Reapers president, was previously indicted on weapons charges after a raid on the club in November. Holman was the ring's alleged supplier.

Almost all of the other defendants are believed to be mid-level distributors, accused of selling drugs to lower-level drug dealers or directly to users, according to the U.S. Attorney's Office.

Fifteen of the accused are now in federal custody. Siblings Jesse and Kimberly Wilson are believed to be on the run. The indictments are the culmination of a sixth-month, multi-agency investigation, which included federal, state and local law enforcement.

Vanderburgh County Sheriff Dave Wedding used the news conference as an opportunity to call for expanding the county's jail.

"I will tell you something that makes me sick to the stomach is we have legislators on the state and federal level saying that we have a problem of over-incarceration, that we need to let people out of jail," he said.

"I am pleading for a larger jail to be built here in Vanderburgh County so the dirtbags that we take off the street will have a bed to sleep in at night," he added.

Prosecutors said all defendants except Sander could face between 10 years to life in prison if convicted. Sander could be sentenced to up to 10 years.

The U.S. Attorney's Office will also consider pursuing forfeiture of the Grim Reapers' headquarters in the 1100 block of East Diamond Avenue in Evansville. "What we don't want is the Grim Reapers to come back and relocate in that clubhouse and start doing business again," Minkler said.