New York City, New York, USA (February 13, 2020) BTN — After four decades, the infamous Hells Angels packed up their Manhattan clubhouse and relocated to the Bronx. Their presence quickly became known to residents after bullets flew into their clubhouse. 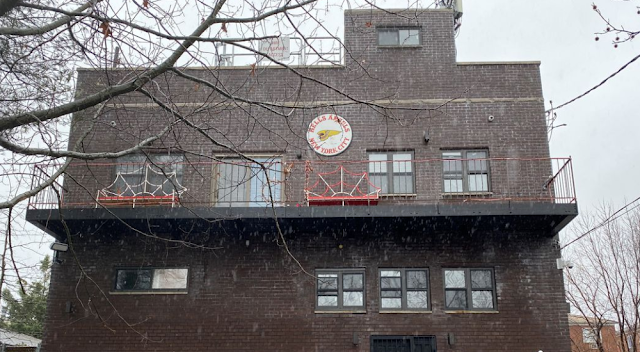 The Jan. 2 incident raised questions about the Hells Angels' intentions on the Throgs Neck block. Windows are now boarded up at the clubhouse, and police are keeping a close eye.

"It was a little concerning. But you can't really blame them. I mean it's like blaming a victim for getting shot at. Do you blame the shooter or do you blame the victim? So, now they are getting the bad rep for something that happened to them," said a resident.


Allegations of criminal activity mark the group, but they are also known for charity with their annual toy drive during the holiday season.

News 12's investigation discovered that their clubhouse at 241 Longstreet Ave. is not the only property the club has bought after selling their longtime East Village NYC chapter headquartered in Manhattan for more than $7.7 million.

Documents obtained by News 12 reveal that the Church of the Angels Inc., which is under Hells Angels Motorcycle Club, has purchased four properties in the Bronx.

Three of those purchased properties are in Throgs Neck and were acquired in October 2019. Listed on the deed documents is the Law Offices of Edmond Pryor. He would not directly tell News 2 that he worked with the Church of the Angels Inc.

"I have no pending matters for them," said Pryor. Pryor was also a part-time employee of Bronx Councilman Mark Gjonaj, which made some residents question the councilman's involvement with the club.

The office denied any connection to News 12, saying in a statement, "This was a private transaction that had no reporting requirement to any elected official or the local community board."

Some in the neighborhood are waiting until it gets warmer to see if Hells Angels and their slew of bikes will mess or mesh with the fabric of their community.

News 12 has reached out to the Hell Angels and Community Board 10 and has not heard back.